Woohoo! Most of Virginia Moving to Phase 1 Lockdown Relief!

Thanks for relaxing your death grip. I’m feeling so much better now.

At long last Governor Ralph Northam is relaxing, ever so slightly, his strangle grip on Virginia’s economy and personal liberties by allowing the state (well, most of it) to enter Phase 1 reopening.

What actually changes? So-called “non-essential” businesses will be allowed to reopen as long as they limit shopping to no more than 10 patrons per establishment. Now you can dine out — if the restaurant has an outdoor patio or deck. And you can get a haircut — if you make an appointment first, and only if you wear a mask. (Thanks for small favors. I haven’t tried to have my hair cut while wearing an N95 mask with two elastic bands stretching around the back of my head, but I’m betting the experience will not lend itself to optimal styling.)

But even those minimal — and I mean minimal — rollbacks are too much for some people. Most of Northern Virginia, the City of Richmond, and the two counties on the Eastern Shore will remain under full lockdown.

My gut tells me that we will see zero change in COVID-19 trends that can be plausibly attributed to these changes. The restrictions being lifted are so meager that they open up very few avenues for the disease to propagate. In any case, many people, especially those at greatest risk, will continue to self-isolate. But, just for yuks, let’s establish some benchmarks. This is the way it was on May 15, 2020, when Phase 1 was implemented (in most places): 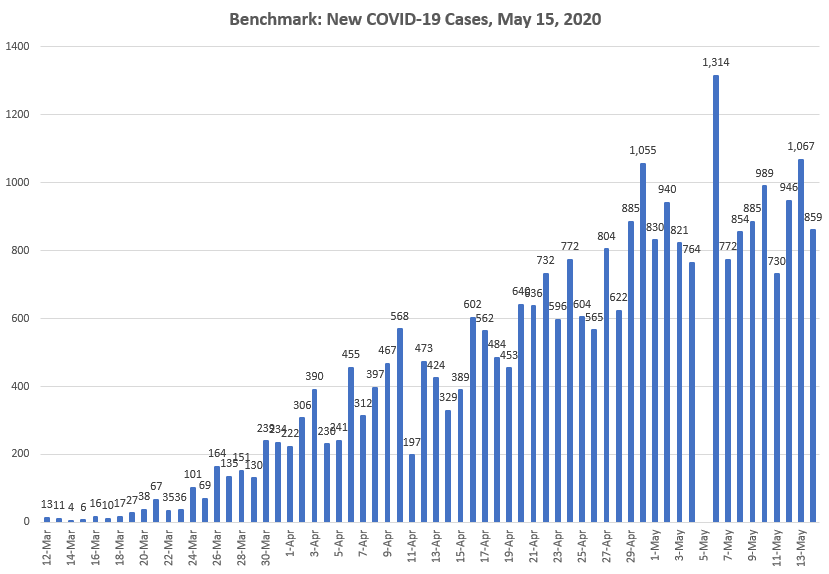 As we all know now, there are huge problems with this data. These numbers are not a random sampling of the population. The number of identified cases is rising, at least in part, because more tests are being reported. Moreover, the test results are biased by state-mandated testing protocols that prioritize who public health authorities and hospitals administer the tests to, as well as by the demographics of who has access to private testing, which has seen surging numbers. But it’s all we’ve got.

Here is is how the Virginia Department of Health expresses the data:

The seven-day moving average of new COVID-19 cases has been moving down for more than a week. OK, I’ll accept that — provisionally — as a sign that new cases in the real world are trending down. Good.

If we’re looking for trend lines, a more meaningful measure is the number of patients who are hospitalized. The criteria for admission to the hospital have not changed — if you’re sick enough to require acute care treatment, you’d admitted to the hospital. 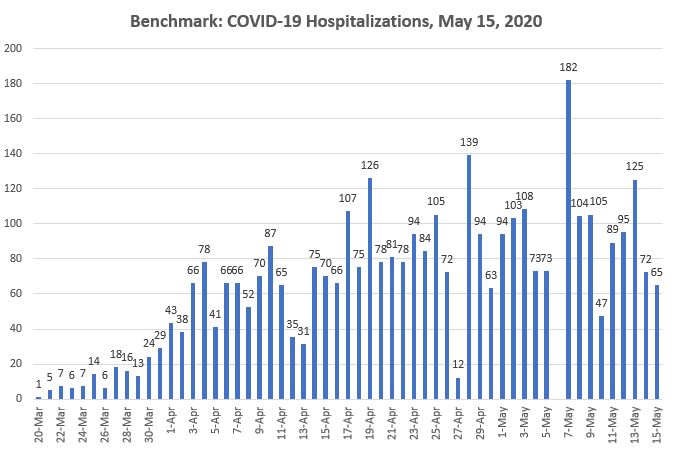 Here, we can see, despite occasional spikes and dips, that the number of daily hospitalizations has plateaued for a month. This is the metric I watch most closely to ascertain the rate of spread of the disease. If these numbers start trending markedly up, then we know the virus is spreading more rapidly.

Finally, there is the ultimate metric — deaths. This data series has its own issues. Some funeral directors have suggested that some of the deceased admitted into funeral homes were not properly recorded as COVID-related. Still, it’s the best we’ve got, and the biases are relatively limited. 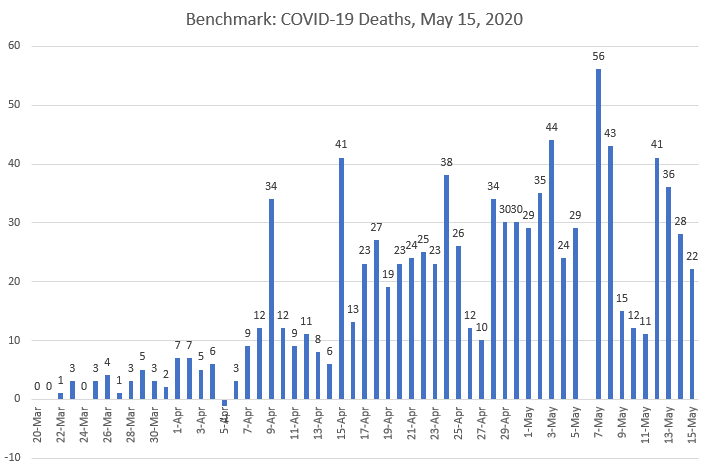 The metric, which involves smaller numbers, is inherently more volatile. But, like the others, it shows a plateau over the past month.

When it’s time to consider moving to Phase 2 of easing off the strangulation… er, lockdown… of the economy, I’ll revisit these metrics.