Will Virginia Republicans Rebound This Fall? 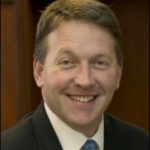 Virginia is just 38 short days away from its first statewide nomination as the Republicans are finally set to pick their candidates for the Big Three — Governor, Lt. Governor, and Attorney General on May 8th in an “unassembled convention.”

Sticking with the date of May 8th is the smartest decision the Virginia GOP has made this year, as it gives them a 31 day head start on likely Democratic nominee, former Governor Terry McAuliffe.

And they need it.

As Ward Bond’s Father Lonegan says to open one of my favorite movies, “The Quiet Man”:

“Well, then. I’ll begin at the beginning.”

It has been 512 days since the Democrats won the majority back from twenty years of Republican control of the House of Delegates. In just 223 days, Virginia’s citizens will decide if they merit a return to power.

Our initial ranking of the most competitive races is based primarily on how Democrats performed in each of these districts in 2019. This ranking will change over the course of the election season as statewide polling and fundraising reports come in. This is just “the beginning.”

Overall, Republicans should do better in 2021 versus 2019 and I rate control of the Virginia House as a Toss Up right now.

Nuttycombe sees it as Tilt Democratic and will go into that further on Friday. There are just so many unknowns these days, but over the next four months things will start to settle out.

The primary impact on this cycle is that Donald Trump is no longer president. The level of antipathy for Trump in suburban districts was the most important reason why the GOP lost their House and Senate majorities in Virginia.

Now that reason is gone.

After the 2015 elections, Republicans had 66 House seats and 21 Senate seats.

The election of Donald Trump in 2016 ended up costing the GOP 21 House seats and 3 Senate seats. If you still have a problem grasping that reality here’s a message from Colonel Nathan Jessup.

One of the greatest scene in cinematic history. Still gives chills.

Look, these rankings are just built on numbers. Numbers derived from election data and I start with the closest House races of 2019 working down the list with the district number first, then the incumbent and challenger (s).

Democratic districts will come ahead of Republicans since they are more adversely affected by the Absence of Trump.

Key takeaways:
A) Virginia House Republicans have recruited a much more diverse field of women and minority candidates. That seemed to help GOP win 14 seats in 2020 U.S House races

B) Democrats have FIFTEEN primary challengers who are further to the Left than the incumbents; however, only four on the Top 26.

D) this ranking will change

5 – 2 – Del. Candi King (D) opponent TBD – nothing on VPAP yet. Solid Democratic; however, recent Special Election was VERY close. Probably moves down, but for now it’s a top Five District based on the Special and pre-Trump performance.

10 – 66 – OPEN – Del. Kirk Cox not seeking re-election. Mike Cherry looks to be the Republican nominee to oppose one of three Democrats running including former House candidates Sheila Bynum-Coleman and Katie Sponsor. This race will move up the rankings early. Lean Republican

14 – 12 – Del. Chris Hurst (D) is contested by Republican Jason Ballard. I expect this race to move up rankings. Toss Up

15 – 72 – Del. Schuyler VanValkenburg (D) so far appears to be uncontested. This district is going to change A LOT in redistricting. Lean Democratic

17 – 31 – Del. Elizabeth Guzman (D) looks like she is staying in the Democratic nomination for Lt. Governor while also facing three primary opponents. Winner of that primary will see Republican Ben Baldwin in the fall. Lean Democratic

18 – 21 – Del. Kelly Convirs-Fowler (D) will face an intriguing candidate in Republican Tanya Gould. Gould, African American, is a survivor of sex trafficking in her youth. Put this one on your watch list. Lean Democratic

19 – 51 – OPEN – Del. Hala Ayala (D) defeated Rich Anderson in a rematch from 2017 and is now running for Lt. Governor. Democrat Brianna Sewell will oppose either Tim Cox or Jeff Dove for the Republicans. Lean Democratic

23 – 68 – Del. Dawn Adams (D) has to get by a potentially strong contest in the primary versus Kyle Elliott who out raised Adams in the last report. After that, the winner goes against either Mike Dickinson or Mark Earley Jr, son of the former Attorney General. (And I just felt old – again) Likely Democratic

25 – 34 – Del. Kathleen Murphy (D) has a rematch with Republican Gary Pan but first has to get past primary opponent Jennifer Adeli. Solid Democratic

26 – 94 – Del. Shelly Simonds (D) – you’ll remember this race as the one that broke the tie by drawing a film canister out of a bowl in 2017. David Yancey won that day and got blown out by Simonds by almost 18 points in 2019. Simonds is uncontested thus far. Solid Democratic

Chris Saxman is executive director of Virginia FREE. This commentary is republished with permission from a Virginia FREE email distribution.