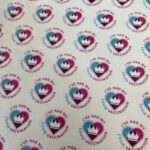 Political scientists are fond of pointing out how Mother Nature can, at times, intrude into politics in the most unexpected ways.

For example, the list of big-city mayors who lost their jobs due to slow snow removal is long. There’s a name for this phenomenon: Plow or perish.

According to Bloomberg News, it started with New York City Mayor John Lindsay whose lack of alacrity in a February 1969 blizzard not only cost 42 New Yorkers their lives, but cost him his job.

In 1979, Chicago Mayor Michael Bilandic bungled a blizzard and was gone in the next election.

Denver Mayor Bill McNichols also blamed a 1982 blizzard for the demise of his 15-year reign.

And in 2009, Seattle Mayor Greg Nickels was doomed after he bowed to environmentalists and refused to allow the streets to be salted before a major snowstorm.

Likewise, a $100 million-a-mile light rail system seemed on its way to easy approval in Virginia Beach in 2016 until Hurricane Matthew struck that September, bringing with it 14 inches of rain, a biblical flood and damages of about $30 million. By Election Day voters were wondering where their tax dollars would be better spent: on a train to nowhere or flood mitigation.

Light rail was drowned by voters.

In a smilier vein, Jane Fonda quipped last summer that “COVID-19 has been God’s gift to the left.”

Without the pandemic, it’s hard to see how Donald Trump would have lost the presidency, with the economy booming and employment at record highs.

Conversely, it’s hard to see how Democrats in Richmond continue their winning ways this November with the Northam administration’s audacious bungling of the COVID-19 vaccine rollout. This is precisely the sort of issue that could lose the suburban vote.

Unless Democrats are willing to join Republicans in criticizing  the vaccine response and the man in charge, they are going to shoulder some of the blame for this mess.

With the only physician/governor in the country, Virginia would be expected to set an example for a smooth vaccine rollout.

Instead, as of earlier this week, the state ranked dead last in percent of available vaccines that had been distributed. That ranking has now improved somewhat, according to news reports.

On Wednesday, the governor admitted that he was frustrated and announced that the state was working on a website and hotline number to get seniors on the list to receive the vaccine.

Think about that for a moment. The vaccine has been available since December. It’s the end of January and Northam’s crack COVID team is WORKING ON a website.

What’s taking so long? Where’s the sense of urgency?

As of Thursday, 54% of all confirmed COVID deaths in Virginia were among nursing home residents and the majority – 67% – of all deaths were among those 70 and older. Yet the elderly wait — not patiently — as much younger teachers and workers get vaccinated.

That’s infuriating. If this is about saving lives, seniors should go first. Period.

Perhaps the pandemic will be over by November, schools will be open and mask wearing will be just a bad memory. In that case, some sort of Election Day amnesia could help the Democrats.

But at the rate the Northam administration is working, the electorate may be impatient, angry and raw by then. They could look for a change of direction. Especially if teachers’ unions in Fairfax County — and yes, Fairfax has the American Federation of Teachers, a bona fide union — are successful in keeping schools closed.

Never underestimate the ability of Republicans to nominate unelectable candidates. But if they choose wisely this year, Virginia Democrats could be on the defensive.

This article is republished with permission from Kerry: Unemployed & Unedited.

This entry was posted in Politics and tagged COVID-19, Kerry Dougherty. Bookmark the permalink.