Why Would Any Self-Respecting White Male Attend College Today? 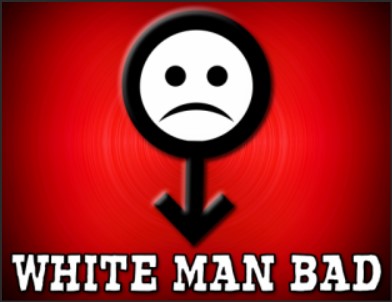 Why should a White male attend any American public college today? If I were a young man, being White and male, it would not be in my interest to go to college, at least in America.

The most important reason is that it is not necessary to get a college education, as so many people claim, to be successful in America. The statistics that say so reflect the bias of academia, not reality. A college education is necessary for only some careers, not all of them, and not even most of them. My electrician makes more money than I do, for instance. He does not have a college degree, and he is not still paying off his student loans as I am. In fact, a college education for many young people is a modern form of indentured servitude, not opportunity. For a White male who values hard work, merit, self-reliance, and mastering a skill, college is a complete waste of time and money.

Next, consider the culture of American public education today. It is an overwhelmingly biased environment that does not accurately reflect the diversity of thought, belief, and world views that exists in American society. Thus, it represents an incomplete version of American culture and society, one that is overwhelmingly “progressive,” and anti-west, anti-democratic, anti-Christian, and anti-conservative. Of course, not all White males fit these categories, but the ones I am talking about do.

There are many traditional White males in our classes, and they have the right to their world views and values without the interference of academia. Everyone must understand that in modern academic arguments, a White male who loves his heritage, believes in democracy, is Christian, and votes conservative is a “White supremacist” and “the most dangerous” thing in America. Because this demonization underlies all current academic arguments, it eventually becomes apparent to every “traditional” white male that college culture is against him completely.

In the academic environment, White males experience the very microaggressions these same progressive educators write about in their scholarly articles. This points out another reason why a White male might avoid college today: the sheer hypocrisy and inconsistency of many educators themselves and certainly their theories. Progressive educators are here because their forebears were uncivil, loud, profane, and irreverent in the 60’s and 70’s. Then, they claimed that incivility is free speech, and that at times society needs revolution and dissent; they were insurrectionist and shut down college classes and campuses. Now, they redefine incivility on campus to be any word or idea that hurts their feelings or disagrees with their claims, and such passions as they once exhibited are now verboten. No one is forbidden more speech and expression in the college environment than White males.

This is my experience where my microphone has been turned off in faculty meetings, where I am told by colleagues I once respected that it is “wise to be quiet” because I am a White male, where I am told that I am afraid to face my inner racism, and that I “cannot understand” because I am a White male and my “privilege” corrupts my thinking and transmutes my service to selfishness. If I, as a senior English faculty, experience these intolerant expressions from my colleagues, what must White male students experience from their teachers in the new unequal, but “equitable,” English classroom?

White men in college today know that they are unfairly blamed for every evil that exists in human society. While every other group is excused for its cultural flaws, and its historic evils glossed over with inconsistent rationalizations, White males are condemned for the new original sin that is the foundation of all arguments in the neo-Puritan culture of American academia and education. White males cannot redeem themselves of this sin of racism, and they can only be forgiven by some greater power; until then they must abase themselves and recognize their sin and beg forgiveness for it. They must also accept unequal status in American society.

This is the same argument fostered hundreds of years ago by Puritans whose society was deduced from fear of an angry god that punished humans for an evil they did not commit. A scholar of more serious merit than I might point out that the entire rhetorical structure of the argument for “equity” merely repeats that failed system of Puritanical thought and so will come to the same disastrous social outcome. I think it already has. These theories have created witches from within our children, and now we are burning them at the stake.

I predict this as well: in the back of White male thinking is the rising question of why so many White women themselves have turned against their own men. Black women praise and elevate their men, and they extol the virtues and the value of their historical partners, and they forgive them their flaws. Not so the privileged White women who now demonize their own husbands and sons and brothers and, amazingly, fear them. It is an ironic outcome considering that Western men, White men, are the only men in the history of civilization who agreed with the idea that women should be equal to men and agreed to try to change it. And then, did exactly that. Is it perfect, no. Is it better, yes. Is it better than anywhere else? Also, yes.

My female colleagues don’t believe me when I try to explain these things to them; they say that their White male students haven’t said anything to them about these issues. But, then, why would a White male say anything about it, after having been told he should be quiet?

A.L. Schuhart is a Professor of English at NVCC-Annandale. He holds a Doctorate in Education. His area of specialization is Scientific Rhetoric; he teaches both Scientific Writing and American Literature, among other things