Who Will Replace Us? 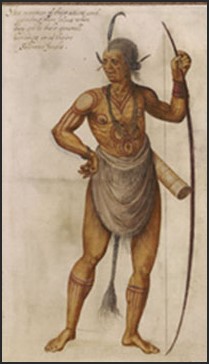 Who is the “who” doing the replacing? Who is the “us” to be replaced? There is no discernable record that indigenous Americans asked themselves this question. In the early 1600s, the Powhattan people of Virginia observed as the English immigrants built a fort and spread their settlement across formerly Powhattan hunting grounds. In 1622, the natives attacked as a measure, according to some historians, to teach the English a lesson.

From the circumstances, indigenous peoples were clear that the newcomers were not of their tribe nor sharing of their sensibilities; they were others with pale skins determined to clear and dominate forested lands for agriculture unburdened by who went before them. The existential evidence was reasonably graphic to conclude that the Powhattan were being replaced, their properties being converted without concern for their interests.

Although the later governing document authored by the immigrant colonialists appeared to accord native Americans the high diplomatic privilege of reserving to the Congress explicit authority to regulate commerce and negotiate treaties with them, the document also excluded untaxed natives from the census. That Constitution ironically contained a provision limiting the taking of property without due process or just compensation. In 1800, Congress adopted an act for the preservation of peace with the natives limiting First Amendment speech and press freedoms as a means to proscribe criticism of national policies and discourage foreign nations from stirring them to protest.

While the immigrant colonialists engaged in a self-described revolution against the tyranny of England, forceful uprisings by enslaved and indentured persons have generally been characterized as rebellions, a somewhat nefarious designation of protest. During the 1830s, the national government organized a forced removal of a half dozen native American tribes from their homelands in several states in a journey called the Trail of Tears. By 1845, the immigrant tidal wave required a more precise and forceful description to match its purpose resulting in a novel public policy known as Manifest Destiny. Population replacement had become overt national policy.

Up to the time of the Civil War, states and the nation were engaged in nascent, disparate efforts to restrain immigration while actively continuing to corral and acculturate indigenous peoples. But the war between the states unleashed another threat to the dominant culture, a newly freed population. By 1901, Virginia’s political leadership decided upon a new constitution, replete with voting restrictions to fortify against being overcome. Carter Glass, later a U.S. Senator from the Commonwealth, declared that the novel governing document was intended to “to eliminate every Negro voter who can be gotten rid of, legally, without materially impairing the numerical strength of the white electorate.”

The express sentiment of Glass pervaded and prevailed in Virginia for many decades. In 1924, the state legislature enacted the Racial Integrity Act to ban interracial marriage while defining the portion of blood necessary to be White, i.e. “no trace whatsoever of any blood other than Caucasian.” That same year, the Commonwealth hitched its racial public policies to the pseudo-science of eugenics adopting the Virginia Sterilization Act as an improvement for the human race, eliminating hereditary disorders through selective breeding and social engineering. The public Assemblage Act of 1927 required racial separation in all public meeting areas thereby seeking to prevent the transference of cultural or social traits between races. A subsequent legislative action in 1930 defined any person with even a trace of African ancestry as Black (often called the “one-drop rule”).

Leading Virginia citizens had formed branches of the Anglo-Saxon Club of America in the early 1920s encouraging the legislature to pass the various racially restrictive acts. Thirty-one Commonwealth chapters, including one for students at the University of Virginia, were dedicated to ending amalgamation of the races. These principles found sympathy in the 1950s following the demise of “separate but equal” (Brown v Board of Education) and the emergence of another political policy called massive resistance to prevent replacement in the public school system.

In 2017, in Charlottesville the answer was “Jews will not replace us.” Defending against replacement by others is suggested by the 100 Virginia jurisdictions that have declared themselves to be second amendment sanctuaries, constitutionally armed against invaders or intruders. Code terms to identify those suspected of advocating replacement are liberally employed. It is the woke. Lefties. Democrats. Progressives. Jews. When Catholics were feared to be replacers in the 1850s, the American Party (a/k/a Know Nothings) sought secrecy. Recently, a Georgia Congressperson said the Catholic Church is under the control of Satan, reigniting the earlier theme.

The contemporary political equation for “who will replace us” may be translated simply as lefties (who are evil) seek to replace the former majority (White men) or true Americans with outsiders (mostly non-White immigrants) from across the southern border and from foreign nations. This messaging has received forthright amplification and accreditation by political figures as well as media ones. An Arizona state senator last July tweeted, “We Americans who love this country are being replaced by people who do not love this country…[O]ur enemies are using mass immigration, education, big tech, big corporations, and other strategies to accomplish this.”

Unfortunately, the trajectory and intensity of this replacement theory has been substantially propelled by other candidates and office holders including a leading New York Congressperson, fueled and animated by the Fox News megaphone of Tucker Carlson. Facebook ads by the NY politico warned that “Radical democrats are planning their most aggressive move yet; a PERMANENT ELECTION INSURRECTION. Their plan to grant amnesty to 11 MILLION illegal immigrants will overthrow our current electorate and create a permanent liberal majority in Washington.”  “Their plan”; “our current electorate.”

Last year, Mr. Carlson somberly asserted, “I know that the left and all the little gatekeepers on Twitter become literally hysterical if you use the term ‘replacement,’ if you suggest the Democratic Party is trying to replace the current electorate, the voters now casting ballots, with new people more obedient voters from the Third world. But they become hysterical because that’s what’s happening, really.”  No ifs ands or buts; simple fact.

In 2015, then 21-year-old, Dylan Roof, killed 9 at a Black church in South Carolina. During the investigation into his past, a website (lastrhodesian.com) was discovered displaying his ramblings about the threats from outsiders of color. In 2018, a mass shooter at Pittsburgh’s’ Tree of Life synagogue issued an online post against a Jewish organization that “likes to bring invaders that kill our people.”  An April 2019 shooting at a synagogue in California was echoed in a complaint that Jewish people voted for and funded “politicians and organizations who use mass immigration to displace the European race.” El Paso, Texas in August 2019 experienced the deaths of 23 by a shooter who offered, “This attack is a response to the Hispanic invasion of Texas.”

Ten New Yorkers in Buffalo were gunned down by an 18-year-old dressed in military gear using an automatic weapon inscribed with a racial epithet. His action was accompanied with a long online manifesto parroting the popular conspiracy theories about the replacement dangers faced by White people. According to authorities, the shooter selected the neighborhood supermarket because its population of Blacks had the highest dentistry in the state.

End of the world (as some experience it) rhetoric is not, under analysis, causative of violent behavior but such offers comfort, a kind of absolution for engaging in action to prevent replacement. The answer to the title question is: “You are to be replaced by Them.” Virginia’s and America’s histories instruct that there is no dearth of “Them.” We must ask what is it that we fear will be lost to or taken by Them. Which of us, at what point in time, did not in some measure belong to the target class called Them?

This entry was posted in Race and race relations and tagged Jim McCarthy. Bookmark the permalink.