Who Pays The Unpaid Bills? Watch Out. 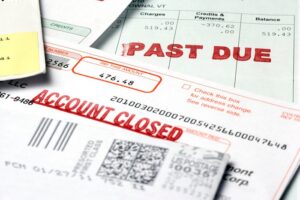 This was published this morning in The Roanoke Times and then distributed by the Thomas Jefferson Institute for Public Policy.

There may be a second wave of COVID-19 disease coming, but the secondary effects of various pandemic economic decisions may hit us sooner. Rent and utility bills customers can delay paying because of the crisis will eventually come due.But for whom?

The Legal Aid Justice Center looked at U.S. Census survey data that indicated many Virginians have fallen behind on their rent and did not expect to pay their next bill. It predicted an “eviction catastrophe” as eviction and foreclosure bans end, and lenders and landlords rush into newly reopened courts for judgments.

“The Governor should use emergency powers to immediately enact a moratorium on evictions or should allow localities to enact their own until the General Assembly can address tenants’ mounting debt. The General Assembly should create relief for tenants who are significantly behind in rent payments through a waiver or rent cancellation plan,” the advocacy group asserted.

Governor Ralph Northam took up the call, and the Virginia Supreme Court has agreed to hold off eviction proceedings a few more weeks, until June 28.

Similar dire predictions swirled around the State Corporation Commission as it considered ending its moratorium on utility disconnections. Since March, Virginia electric, natural gas and water providers – public or private – have been allowing struggling customers to pile up payment balances with no fear of disconnection.

Is the goal that these unpaid rent or utility costs are never due? If so, it is time for advocates to openly call for that, and to be equally honest about whom they expect to pick up the tab or take the loss.

Rent may include little or no profit. No moratorium has protected landlords from their own creditors since March. Rent dollars pay the property taxes, insurance, maintenance, utilities, and any financing costs of the property.

In turn, those property taxes finance firefighters, schools, and local social programs that are likely helping those taking advantage of the moratorium. This is a domino effect that starts with renters and ultimately circles back and will knock them down, too. Put enough pressure on that market and the stock of rental housing could shrink.

The SCC asked for comments on whether to extend the utility disconnection ban past June 15, and signaled concern over the financial impact on the utilities:

“If such bills are never paid, the costs … are ultimately borne by paying customers as operational costs of the utility. These costs do not disappear; they are shifted to other customers, who themselves may be struggling to make ends meet in the economic catastrophe caused by the COVID-19 pandemic. Non-payment of bills also impacts a utility’s liquidity and could even threaten its ability to continue providing service to all of its customers, a factor particularly salient with regard to electric cooperatives, who … are owned by their own customers,” the Commission wrote.

A number of advocacy groups said keep the moratorium in place. The state’s largest utility, Dominion Energy Virginia, filed comments supportive of continuing the moratorium. Beyond promising more corporate dollars for its in-house charity, however, Dominion ignored the issue of cost shifting.

A group of 58 state legislators, from both chambers and parties, filed a letter asking the moratorium to hold until August 31, ominously promising they were considering “novel legislative options that could mitigate the financial hardship faced by our constituents as well as those of Virginia’s public service companies.” Just what we need, more revisions to Virginia’s constantly changing utility regulation. The SCC accepted that date:  August 31.

Other utilities who filed comments asked to end the moratorium. An association for apartment and office building owners also asked the SCC to be sure they were not forced to pay higher utility bills to cover delinquent residential customer accounts. Any such costs should be assessed by customer class. That means the heaviest costs will hit residential customers.

A citizen comment was blunt about where to send the bill: “Why don’t you ask the CEOs… who makes millions of dollars every year?”

There was no public forum where landlords or lenders could file comments on the proposals to delay the eviction of tenants or foreclosure of borrowers. The assumption that they are the only economic losers from non-payment, of course, is just as ridiculous as expecting utility executives to cover electric bills.

Americans who lost jobs were given $600 per week in supplemental unemployment insurance, enough for most to ensure the lost income was totally replaced. Almost everybody received tax-free stimulus payments of $1,200 each, with additional dollars for children. Giving people in need emergency funds to keep current on their bills makes far more sense than letting them think they will not have to pay.