Who Are These Guys, and Where Do They Get All Their Money? 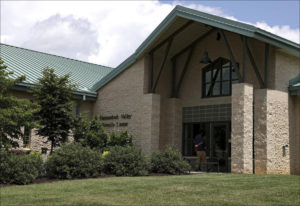 The report issued by the Northam administration investigating charges of abuse at the Shenandoah Valley Juvenile Center has come under withering criticism by nonprofit groups that filed a lawsuit last year bringing attention to the treatment of unaccompanied immigrant children held there. The Virginia Mercury has the story here.

While I used the Department of Juvenile Justice report as the basis for a blog post yesterday arguing that people were making much ado about a non-scandal, I have to concede that the criticisms of the report are substantive. By substantive, I don’t presume them to be valid. But they are are not frivolous. If I were reporting the story, I would deem them worth probing to see if they were valid.

An interesting sidebar to the controversy is the revelation of the existence of two nonprofit groups that revealed (or, depending upon your viewpoint, concocted) the abuses the first place. One is the Washington, D.C.-based Washington Lawyers Committee for Civil Rights and Urban Affairs. The other is the Henrico County-based disAbility Law Center of Virginia. Both pursue social-justice work. One hews to high standards of transparency; the other does not.

The Washington Lawyer’s Committee (WLC) is forthright about its commitment to social justice — or at least a leftist perspective on social justice. States the organization’s Guidestar profile: “While we fight discrimination against all people, we recognize the central role that current and historic race discrimination plays in sustaining inequity and recognize the critical importance of identifying, exposing, combating and dismantling the systems that sustain racial oppression.”

The organization reported more than $5 million in revenue in its 2016 990 form, makes the forms accessible on its website, and lists 27 employees on its website. Unlike many nonprofits, the WLC is open about where its money comes from. in 2016 about $3 million came from “contributions and grants,” $830,000 from fund-raising events, and $1.8 million from “legal fees and court awards.”

Most impressively (from a transparency perspective), WLC lists many of its major donors, which include Wiley, Rein & Fielding, a K Street law firm ($414,000); Dentons US LLP, also a K Street Law firm ($173,000), and the Morrison & Foerster Foundation, a San Francisco-based foundation ($215,000); the D.C. Bar Association ($80,000); and Kirkland and Ellis, a Chicago law firm ($153,000), among others. WLC reported another $1.7 million in contributions from unnamed individuals who contributed less than 2% of total revenue.

What emerges is a picture of a well-funded activist group funded mainly by wealthy lawyers, which supplements its income by collecting legal fees and awards from the lawsuits its files. This is not a grassroots organization. It reflects the views of the nation’s liberal legal elite.

In describing what it does, WLC notes a special concern for “people of color, women, children and persons with disabilities [who] are disproportionately forced to live in poverty” (my italics). That may explain the connection with the disAbility Law Center of Virginia. which provides advocacy services across Virginia for people with disabilities.

The disAbilities Law Center is not nearly as transparent. Its 2015 990 form reported $2.9 million in revenue, and its website lists 34 employees. But the nonprofit did not reveal who its major contributors are. More than $2.6 million was classified as “Government grants (contributions),” another $109,000 was described as “National Disability Rights,” $61,000 came from “other attorneys fees,” and $4,000 from settlement fees. The nonprofit reported no revenue from membership dues or fundraising events. As with the WLC, it is safe to say that the disAbilities Law Center is not a grassroots organization, but rather relies upon generous benefactors. I would conjecture that the group’s priorities reflect the preoccupations of liberal elites, but further research is required to document the suspicion.

How does a nonprofit focused on disabilities get mixed up with a center holding illegal unaccompanied-minor immigrants? In its own description, the disAbilities Law Center is part of a “nationwide network of organizations known as ‘Protection and Advocacy systems,’ designed to offer an array of education and legal representation services to people with disabilities and to combat abuse and neglect in both governmentally operated and privately operated facilities.”

The federal government officially recognized the disAbilities Law Center in July 2018 as a group with “authority to monitor conditions and treatment in immigration facilities if those facilities have residents with disabilities.”

So, what does all this mean? The Virginia Mercury was the only media outlet to report today on the follow-up criticism to the report. Reporter Ned Oliver describes the groups as “advocates for the immigrant teens,” never mentioning their social-justice mission or the fact that they are part of a larger constellation of organizations seeking to influence public policy.

Now, this network may be totally benign and above-board. Or it may be part of a larger coalition of nonprofit and advocacy groups intent upon undermining the Trump administration immigration policy by filing lawsuits and generating publicity. I don’t know the truth of the matter. My point here is not to criticize either group, for I have no tangible basis for doing so, but to raise the kind of questions that the media should be asking when they report on the Shenandoah Valley Juvenile Center controversy. If a right-wing legal advocacy group were filing a lawsuit, the ideological orientation of the group surely would be noted in any story. The same rule should apply to liberal-progressive groups and their causes.

This entry was posted in Money in politics, Not-for-profits, Poverty & income gap, Race and race relations and tagged James A. Bacon. Bookmark the permalink.

4 responses to “Who Are These Guys, and Where Do They Get All Their Money?”