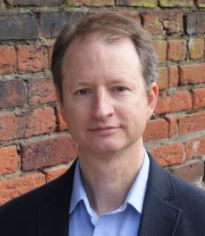 Now that most Confederate statues have been removed from prominent public places, where will they go? They’re too big to fit into museums without expensive retrofitting, and not many museum boards are likely to welcome the controversy of housing them anyway. A commonly suggested alternative is to move the memorials to cemeteries.

But apparently even that idea will engender controversy. In a recent op-ed in the Richmond Times-Dispatch, Ryan K. Smith, a Virginia Commonwealth University history professor, calls the introduction of statues into cemeteries “a political statement.” He concludes: “However much dignity we might wish for the individual dead, we cannot lend the sanctity of their cemeteries for a new Lost Cause.”

It appears that some people can’t declare victory and call it a day. Not content to remove the statues from prominent views, they effectively want to extirpate them entirely from the public sphere.

I fall into the camp that says we should have preserved the statues and updated their signage to place them in their appropriate historical context as reminders of a past we now repudiate. We lost that battle. Fine. I appreciate that many African-Americans were offended by the presence of statues glorifying generals who fought to defend a nation, the Confederate States of America, that was dedicated to the preservation of slavery. I get it. Society has decided. Let’s move on to issues that make an actual difference in peoples’ lives such as joblessness, failing schools, and unaffordable housing, healthcare, and college tuition.

Smith does not seem interested in moving on. Perhaps that’s understandable given the fact that he authored the recently released book “Death and Rebirth in a Southern City: Richmond’s Historic Cemeteries.” But I fear that he channels the instincts of many others.

Smith sums up the case for transferring the statues to cemeteries as follows:

Those advocating [the transfer of statues to cemeteries] defend them with several points. First, they note that the cemeteries are secluded beyond the public spaces of courthouse squares and city streets. Second, the cemeteries present more practical alternatives to museums since they do not require special housing for the often oversized sculptures.

Lastly, and most importantly, advocates believe that the Confederate soldiers buried in the cemeteries give them special claim on the monuments. The presence of those bodies is seen to transform the carved or cast figures of the Confederates into more traditional memorials, akin to gravestones. Cemeteries are places of retreat and reflection, after all, intended to be inviolable. And who wants to denigrate that which is associated with the dead?

But Smith isn’t buying that logic. He writes:

There was always a powerful connection between the bodies of the dead and the Confederate statues in public spaces, after all. It is no accident that Richmond holds at least 10% of the Civil War’s entire Confederate dead as well as the preponderance of Lost Cause tributes to them. The city’s dual statues of [Jefferson] Davis made those connections plain.

He also contrasts the upkeep of Confederate graves with the neglect of many African-American cemeteries in Virginia.

Smith erects a straw man when he suggests that anyone is interested in pursuing a new “Lost Cause,” a term associated with the Jim Crow era of segregation. That’s just silly nonsense. The issues are more profound than the ones he raises.

The Left has imbued the statues of Confederate heroes with a particular meaning: associating them with the defense of slavery during the Civil War, the Lost Cause mythology following the war, and the oppression of African-Americans generally. That’s not the meaning conferred by the statues’ defenders. Whatever the motives of those who erected the statues long ago — a matter of considerable debate — those who defend them today honor the martial valor of the men being memorialized. In many cases, the defenders are descended from those who fought in the conflict or otherwise shared in the extraordinary sacrifices of the war effort. To mangle an oft-heard phrase, that’s heritage, not hate.

The defenders of heritage have lost the battle to maintain the statues in places of public prominence. If Smith’s op-ed is any indication, the goal posts are being moved. Don’t be surprised if we hear people saying that the statues should not be erected in any public place, including museums or cemeteries. If that’s the next phase of the culture war, it will be even more bitter than the one that came before. It’s one thing to say, “We won’t, as a society, honor those generals anymore.” It’s quite another to add, “And we won’t let you, as individuals, honor them either.”

When the North won the Civil War, northerners reconciled with their southern brethren. No such spirit seems alive in the republic today.

32 responses to “Whither the Statues?”