Where Are the Parents? 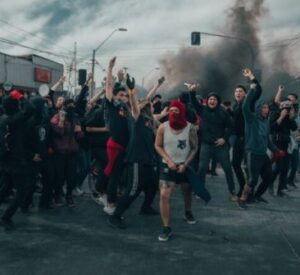 America has a problem. And I’m not talking about the police or racism or a political schism as wide as the ocean.

I’m talking about parents. Rather, the lack of parents.

In recent weeks the nation has been shocked by a series of horrific stories about kids being killed — by the cops and by each other — and we blame everyone but the people responsible for these children:

Take the case of Adam Toledo, for instance. He’s the 13-year-old who was shot and killed last week by a Chicago policeman who was pursuing him and a 21-year-old man through a dark alley at about 2:30 a.m. The two were suspected of shooting at cars.

Protesters claim Adam dropped his gun just as the officer shot him. They’re demanding Derek Chauvin-like consequences for the policeman.

But here’s the question we ought to be asking: Why was a 7th grader on the streets of Chicago at 2:30 a.m. with a handgun?

Where the heck were his parents? According to news reports Adam may have been involved with the Latin Kings street gang. His nickname, apparently, was “Lil Homicide.”

Lil Homicide’s mother has been all over the news insisting he was from a loving family and was not a neglected kid who sought sense of belonging in a gang.

Then we have the tragic case of 16-year-old Ma’Khia Bryant of Columbus, Ohio, who died Tuesday when she was shot by a police officer as she was about to plunge a steak knife into another teenager.

Her mother has been crying about what a loving child Ma’Khia was and how she “promoted peace.”

There are problems with that. First, the girl was clearly trying to stab another girl when she was killed. That’s not what most of us think of as peace promotion. Second, she was in foster care, so her mother had lost custody of her, signaling that Ma’Khia likely had a deeply troubled childhood.

In the end, she had a short, tragic life. Horrible.

Then there’s Nyaira Givens of Cincinnati. On Monday she was stabbed to death allegedly by another 13-year-old during a fight.

Luckily, it wasn’t a police officer who stepped in and ended the altercation with deadly force or we’d have riots and marches.

Then again, maybe we ought to be marching. Against people who have children and let them run wild. Against parents who are too busy or strung out to care for their sons and daughters.

Against parents who don’t teach their kids respect for authority or for themselves.

Against parents who don’t know or care where their children are and who don’t monitor their friendships.

Get control of your offspring, America. Their anti-social, violent and disrespectful behavior too often ends in tragedy.

This entry was posted in Children and families, Crime , corrections and law enforcement and tagged Kerry Dougherty. Bookmark the permalink.