What Was More “Political”: Heaphy’s Firing or His Hiring? 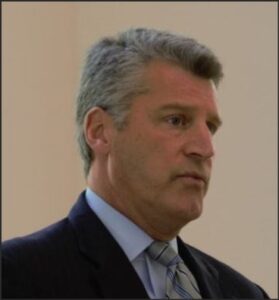 The Richmond Times-Dispatch ramped up the mainstream media’s criticism of Attorney General Jason Miyares in a story published over the weekend. The headline: “Jason Miyares removed the head lawyer at 3 state colleges. Professors and Democrats say he’s wielding excessive influence.”

The initial wave of Miyares-critical stories, most prominently in The Washington Post and The New York Times, focused on the firing of Tim Heaphy as counsel at the University of Virginia. The articles suggested that the removal was an act of political retribution for Heaphy’s service, while on unpaid leave from UVa, as lead investigator into the Jan. 6 riots at the U.S. Capitol last year.

That charge has dissipated in the face of vehement denials from Miyares, the total absence of any corroborating evidence, and the fact that Heaphy was not singled out for removal. His counterparts at George Mason University and Virginia Commonwealth University were sacked as well, suggesting that perhaps a different motive was at play.

Whatever that motive is, the RTD found someone to say it was “political.” Reporter Eric Kolenich quotes quotes Carl Tobias, a University of Richmond law professor: “Universities need to be free, open places and not be politicized by the appointment of counsel who are loyal to the attorney general but not loyal to the university.”

Kolenich explores the possibility that the sackings were related to the universities’ vaccination mandates. The story notes that “the job shuffling occurred” as Miyares and Governor Glenn Youngkin sought changes to COVID-19 vaccination mandates at Virginia’s public universities. Youngkin ended the mandates for employees through executive order, and Miyares issued a legal opinion that led to colleges reversing their mandates for students.

Wrote Kolenich: “The firing and removal of college counsels reinforce the fact that state colleges have little recourse to oppose an administration, unlike K-12 school districts, which sued Youngkin over mask requirements.”

I don’t know the full story of why Miyares canned the university counsels at UVa, GMU and VCU, but I’m pretty sure the issue wasn’t vaccination mandates. Neither Heaphy nor his GMU and VCU counterparts spoke out publicly against the mandate reversals, and Kolenich offers zero evidence that the fired counsels were an obstacle to the implementation of the new policies.

All Kolenich offers is conjecture and boilerplate charges that Republicans are playing politics, like this quote from Delegate Mark Kean, D-Fairfax: “The message you’re sending is you better watch out. If you don’t, the governor will yank you or the attorney general will yank you.”

Kolenich played the old reporter’s trick of quoting “the other side” of the story, and then totally ignoring it as he built his narrative. In this instance, he quoted Miyares spokesperson Victoria Lacivita as saying that it’s common practice for an incoming administration to appoint staff who share the philosophical and legal approach of the new attorney general.

His narrative then dismissed her point in the very next paragraph: “But it’s not common,  professors and lawyers countered, for the changes to be made in such overtly political ways.”

Those professors and lawyers don’t know what they’re talking about.

Quoted previously in The Washington Post, LaCivita said that Heaphy had been a “controversial” hire and that Miyares’ predecessor, Mark Herring, had “excluded many qualified internal candidates when he brought in this particular university counsel.” Furthermore, she said that the decision to fire Heaphy had come after reviewing legal decisions “made over the last couple of years.” The RTD made no effort to square these statements with its description of what happened.

Heaphy was appointed university counsel by then-Attorney General Mark Herring in August 2018. He had impressive credentials. He had graduated from UVa with an English major, then earned a degree from the law school. He had been a former U.S. Attorney, partner of the Hunton Andrews Kurth law firm, and author of the definitive report on the Unite the Right rally in Charlottesville. But he had no experience as a university counsel or special background in the kinds of legal issues that counsels deal with.

“With his deep roots in Virginia, in Charlottesville and at the University of Virginia, Tim is well-positioned to help President [Jim] Ryan and the Board of Visitor implement their vision, and to help the University continue to grow and thrive,” said Herring in announcing the appointment at the time. Note what Herring is saying here: Heaphy’s main qualification was his ability to help Ryan implement his vision.

When Ryan assumed the presidency at UVa in August 2018, he moved to install his own team of loyalists, as university presidents are inclined to do. Heaphy, whose attendance at the UVa school of law overlapped with Ryan’s time there, was one of his first appointments. I have heard that Heaphy and Ryan knew each other well during their law school days, but I have been unable to confirm that from a source with first-hand knowledge. 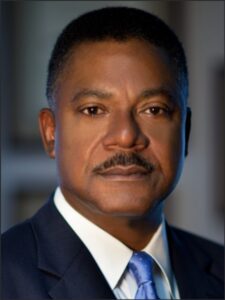 Virginia’s Office of Attorney General maintains an Education Section, and it was customary for university counsels to be filled by individuals who had worked in that office. That was the case for the man Heaphy replaced: Roscoe Roberts. Roberts had served in the position since 2014. In a press release announcing Roberts’ appointment, Herring stressed his qualifications as an employee of the AG’s office:

“I am confident that Roscoe is the right person to take on this role,” he said. “His many years of work and leadership on higher education and health care issues in the Office of Attorney General make him uniquely qualified to meet the needs of a world-class university operating an expansive medical center. He is inheriting a great team and a great legacy from Paul Forch, whose four decades of service to the Office of Attorney General, including nearly 20 years as counsel at the University of Virginia, have been exemplary.”

Roberts had served previously as legal counsel at Virginia State University, James Madison University, Christopher Newport University, and George Mason University. A 1975 graduate of Wake Forest University, he would have been about 64 years old when he was replaced. Upon his departure, the UVa press release noted little about his retirement except that he had served “a distinguished career in public service.”

Heaphy did not have the customary credentials for the position, so Ryan had to push hard for his appointment, I am told by a source who would know. Whether he worked through Herring or the Governor’s Office, the source could not say. It is likely that Ryan, a neophyte to Virginia politics having just come from the school of education at Harvard, would have needed help in getting the appointment. One theory is that Frank M. “Rusty” Conner III, Rector of the Board of Visitors and a key player in hiring Ryan, intervened personally. Conner, a mergers-and-acquisitions attorney with D.C. law firm Covington & Burling, was extremely well connected in the Virginia Democratic Party. (He had donated $10,000 to Tim Kaine in his run for governor.) But I must emphasize that Conner’s involvement is pure conjecture.

However it happened, according to my source, “there were a lot of people really pissed off in the AG’s office when this appointment was made.”

In the chain of command, Heaphy technically reported to the attorney general, not the university president. But Heaphy, in this interpretation of events, effectively reported to Ryan. When Miyares replaced Herring, the long knives came out. Career employees in the AG’s office were well informed of Heaphy’s legal rulings over the past four years, and they told Miyares what they knew. After announcing the decision to replace Heaphy, LaCivita explained vaguely, “The attorney general wants the university counsel to return to giving legal advice based on law, and not the philosophy of a university.”

Not the philosophy of a university. That is a not-so-subtle reference to UVa’s leftward lurch under Ryan, especially on issues related to Diversity, Equity & Inclusion.

I asked LaCivita about the circumstances of Heaphy’s findings and which of his legal findings the AG found to be problematic, but she declined to provide details. “OAG staff attorneys cannot talk to the press as a policy and we are not commenting on this story any further.”

The position of university counsel has not been filled yet. The Office of the Attorney General is advertising the job opening on its website. The university counsel, says the posting, will head a 10-person legal team plus support staff in Charlottesville but will “serve the Attorney General under the direction of the Chief of the Education Section.”

The current senior assistant attorney general and chief of the education section is Deb Love. Her recently retired predecessor, Ronald C. Forehand, worked in the AG’s office for nearly 28 years.

I have told the story of what really happened in Heaphy’s firing as best I understand it. I fully concede that parts of it are poorly sourced. But I’m confident I’m a lot closer to the mark than the RTD. What’s’ more, I’m honest and upfront about what I know for certain and what I don’t know. If readers can help me confirm, deny, amplify or modify the version of events presented here, please contact me at jabacon@baconsrebellion.com.

This entry was posted in Education (higher ed), Governance, Media, Uncategorized and tagged James A. Bacon. Bookmark the permalink.