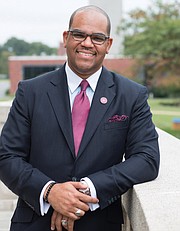 Although the appeal of Virginia’s Historically Black Colleges and Universities (HBCUs) has been limited mainly to African-Americans, Richmond-based Virginia Union University, founded in 1865 to educate former slaves, is making a major push to recruit Hispanic students.

VUU President Hakim J. Lucas wants the student body to be 25% Hispanic within three years, reports the Richmond Free Press. If it is successful, it would become the first HBCU in the country to earn a federal designation as an “Hispanic-serving institution.” It would be the second such institution in Virginia, following Marymount University in Arlington.

HBCUs face an existential threat from other colleges and universities which are intensifying efforts to recruit minority students, often offering financial aid that less affluent HBCUs are hard-pressed to compete with. But Lucas thinks Virginia Union can make inroads with Hispanics because of their commonality with African-Americans as oppressed minorities. Reports the Free Press:

Dr. Lucas said that increasing the Hispanic presence on campus is in keeping with VUU’s mission to create educational opportunities for those who are left behind and builds on VUU’s rich legacy of involvement in social justice and civil rights.

… Both African-Americans and Latinos “have so much in common in the things we deal with in terms of racism, injustice and unequal opportunities” and in the shared aspirations for advancement.

This will be interesting. Lucas is building VUU’s future on the assumption that all “persons of color” (with the possible exception of Asians) face rampant discrimination and structural racism in the United States today and, thereby, have a commonality of interest. The notion is uncontroversial in academia — but is it widely shared in the Hispanic community?

The influx of Hispanics to Virginia is a recent phenomenon. Hispanics were never subjected to slavery in the U.S., and they had no presence in the Old Dominion during the era of racial segregation. While Hispanics have faced some  prejudice, mainly due to controversies over illegal immigration, they encountered none of the institutional racism that blacks did, and they have been fairly upwardly mobile. That upward mobility has been obscured by the continued in-migration of poor, ill-educated Hispanics from Central America and Mexico, whose presence has depressed the metrics for average education and income.

In the thirteen years between the 2005/o6 school year and the 2018/19 school year, the number of Hispanic students taking the English SOL exams and equivalents surged from about 39,000 to about 112,000, according to Virginia Department of Education data. The newcomers were predominantly poor. Those classified as disadvantaged increased by three-and-a-half times, those classified as non-disadvantaged only two times. In other words, the reason that Hispanics in Virginia are disproportionately poor is due to the massive in-migration (some of it illegal) by ill-educated peasants possessing manual skills — not racism, discrimination and oppression.

Hispanics understand this, even if highly educated academics do not. Hispanics may or may not share the obsession with race that animates the leaders in academe. They are not a monolith. Those whose families fled communism and socialism in Cuba and Venezuela skew Republican. Migrants from Mexico and Central America may vote Blue because Democrats have proven more sympathetic to the cause of illegal immigrants. But an argument can be made that most Hispanics want to assimilate into mainstream society, and that as they do, they are more likely to vote Republican — indeed 32% voted for President Trump in 2020. Republican-voting Hispanics are not likely to share Lucas’ supposition that they share a history of oppression and victimhood with African Americans.

Meanwhile, there’s the reality that every other higher-ed institution wants to increase the enrollment of “people of color,” including Hispanics. The competition for academically qualified Hispanics will be as intense as it is for blacks. And Lucas himself acknowledges that an influx of Hispanics into the VUU campus might create a “culture shock” for African-American students. Frankly, it is an unknown whether Hispanics will feel more comfortable in a black-dominated campus than a white-dominated campus.

I hope Lucas is successful in his endeavor. VUU is an important institution in Virginia and Richmond’s black community. I would love to see VUU find a formula for reinventing itself. I just wonder if his “social justice” blinders aren’t creating unrealistic expectations.