VPM and the ACLU Descend into Madness 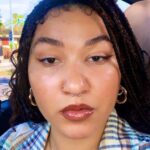 Only one Richmond news outlet, Virginia Public Media, has written about the controversy engendered by the hateful online language of Taylor Maloney, president of the Virginia Commonwealth University student government. No surprise, the angle of the VPM report was not how Taylor tweeted, “i hate white people so much its not even funny” and advocated the killing of police, but the “harassment” that Taylor, a Black non-binary transgender activist, has received from irate right-wing bloggers.

Maloney’s propensity for violent and racist rhetoric was outed, so to speak, by Andy Ngo, a conservative journalist writing in an online publication, The Post Millennial.

Maloney, who goes by the pronouns them/they, has adopted various personas on Twitter, including “fuck off honkeys” and “cancel cultural worker.” When a follower of the black nationalist Nation of Islam group rammed his car into Capitol Police, killing one of the officers on April 2, Maloney celebrated his death. “[L]ove this we need more of this,” “they” tweeted.

The VPM detailed none of this incendiary language. Here’s how it glossed over “their” rhetoric:

The [Post Millennial] features a mugshot of Maloney and screenshots of their tweets where they advocate for killing police officers and damaging private property in response to racial injustice. Maloney says while the tweets may seem “very vulgar or very abrasive,” they’re in response to what they consider a bigger issue.

“It’s a new Black person I watch die every single week,” Maloney said. “I still need an outlet to be angry about that, and I still need space to say that I don’t think this is right.”

VPM apparently found these statements perfectly reasonable. The author saw no need, for instance, to note that Blacks lost an estimated 8,600 lives to homicide in 2020, almost all of them at the hands of other Blacks, or that Maloney had expressed no remorse for them.

Maloney told VPM “they” have received hundreds of negative comments on social media criticizing “their” anti-police comments and communist political views. VPM quoted Jules, another Twitter activist profiled by Ngo last year, as saying that about 1,000 of Ngo’s “fascist following” sent insults and threatened to kill and sexually assault her. Maloney, however, made no such claims, so the relevance of Jules’ comment is hard to decipher.

VPM’s boot-licking journalism is bad enough. Even more disturbing, Claire Gastañaga, executive director of the Virginia branch of the American Civil Liberties Union and very much an establishment figure in Richmond, defended Maloney. While conceding that some of “their” online comments were “abhorrent and indefensible,” Gastañaga said, “We will continue to defend their right to express their views even if we disagree with them.”

She also questioned Ngo’s intentions. “We need to ask why a Canadian news company whose mission is to ‘report Canadian news events’ is interested in the political views and personal information of a U.S. college student.”

Perhaps one reason Ngo profiled Maloney is that members of the mainstream media across the U.S. have steadfastly looked the other way at extremist left-wing language while focusing exclusively on the dangers of right-wing radicalism. Ngo aggressively covered Antifa riots in Portland, among other places.

Gastañaga suggests that Ngo has directed “harassment” to Maloney because “they” represent a challenge to the political status quo.

“Emerging leaders who are not straight white men with mainstream political views are scrutinized, targeted and harassed every day with a higher level of intensity,” she said, apparently unware that Ngo is gay. And Asian. (But he is a man. One out of three ain’t bad.) “It is clear that Taylor was targeted by a well-known and active provocateur who wanted to take away their power.”

So, that’s the ACLU position now: Calling out left-wing activists who incite race hatred and advocate killing police is something the heterosexual white patriarchy does to “take away the power” of marginalized people. I’d say that Gastañaga, who once upon a time staked out reasonable positions on controversial issues, has officially lost her marbles.

The only voice of reason in the article came from the VCU administration. “Calls for violence and hateful language do not reflect the position or values of VCU, ” said university spokesman Mike Porter. “The Student Government Association is a student-run organization. Neither the organization nor any of its members or officers speaks or acts on behalf of VCU.”

I’ve learned three important things from this article. First, VPM doesn’t even pretend to be even-handed anymore. It has gone over to the dark side. Second, the leadership of the Virginia ACLU has lost its collective mind. And third, the VCU administration maintains at least a shred of sanity.

This entry was posted in Culture wars, Marxism, Media and tagged James A. Bacon. Bookmark the permalink.