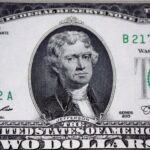 The good people of Charlottesville and Albemarle, Fluvanna, Greene, Louisa, and Nelson counties will no longer have to suffer the indignity of being part of a health district named for a loathsome American who left no legacy worth honoring, established no university worth attending and contributed nothing to the cause of liberty in the United States.

I learned about the name change on the Virginia Department of Health website, which got me wondering, did folks in the TJ District complain about the moniker? Did anyone claim that TJ’s name was so offensive they could not bear to have any contact with the health department there?

Nope, came an emailed reply yesterday afternoon. No complaints that anyone there was aware of.

More likely, this was part of the Northam administration’s reparation tour that was ignited by his shocking yearbook pictures just three years ago. Ever since it was revealed that Virginia had elected a governor who once pranced around in blackface — or Klan robes, we still don’t know which of the morons in the famous photo is our governor — he’s been on an apology tour.

So Thomas Jefferson must pay the price for Northam’s folly.

“Changing our name is symbolic of the deeper work we are doing as an organization to create an inclusive, equitable environment for our staff and clients and to acknowledge and address the impact of racism on health,” said Dr. Denise Bonds, TJHD District Director.

Geezus. I warned you that once the woke crowd finished wiping out all references to Confederates they would come for the Founding Fathers. After all, these rich white guys did nothing but bring the Enlightenment to the colonies with their lofty ideas of equality and individualism.

They were slaveholders. Nothing else matters.

You want inclusiveness? How about getting every single elderly person in the district vaccinated. THAT would be inclusive.

Speaking of names, Ralph Northam announced this week that he was ready to change the name of Camp Pendleton in Virginia Beach from a title that honors William Nelson Pendleton, the Confederate army’s chief of artillery to one that honors a more admirable person.

As former Marine Tony Macrini pointed out on his morning WNIS talk show Thursday, the other Camp Pendleton — in San Diego — is named for Major General Joseph Henry Pendleton who was born in 1860 in Pennsylvania and had nothing whatsoever to do with the Confederacy.

Shoot, he was only 5 when Lee surrendered at Appomattox Courthouse.

Just rededicate the camp to THAT Pendleton.