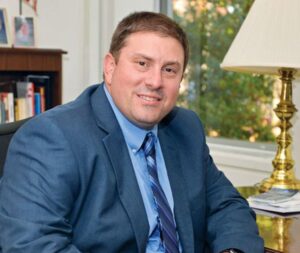 Years ago Fairfax County Public Schools superintendent Bud Spillane had a plan to collapse early grades K-2 into an ability group approach. He went around the county explaining the approach to parents. They generally liked it because it offered customization and a more individualized experience.

Then, at some point parents starting asking, “but how will I know when my kid is in the first grade?” And pretty soon the idea fell apart. What Tyack and Cuban call the “grammar of schooling” is indeed potent. People like conceptual approaches; they like knowing when their kid is in first grade more.

I suspect the same fate will befall this idea in Virginia to change the sequence and scope of middle and high school math in the name of “equity.” It sort of already is. As soon as the idea made contact with parents and media the state superintendent submarined it and the Department of Education overhauled its website.

The Washington Post wrote a somewhat credulous story about the whole thing largely blaming the confusion on conservative media, that’s the lede. They changed the website! (Democracy updates the html in darkness?) This Virginia Mercury story has more texture. If you have no hobbies, here and here are some video discussions of the issues you can watch. Weirdly, an idea floated to do away with the state’s advanced studies diploma hasn’t set off the same firestorm.

Anyway, it’s unfortunate because the core idea of pathways math is not all bad. It’s hard to argue with helping more students see themselves in math and as math users. And the idea that students need math to sort through information and misinformation they are bombarded by is something I think is pretty on point. Plus, there is an argument that we should rethink math. Thinking about different ways to sequence content makes a lot of sense. Inertia is powerful in schooling. We should talk about this.

The problem here, instead, seems three-fold. Substantively this approach opens the door to further walk back rigor and increase in the opacity of what’s being taught- something that has been happening for a decade in Virginia with all the goal post moving on standards and school accreditation. Politically, it’s going to freak out parents. It’s a misreading of what happened to think this is just unpopular among conservatives. On top of all that, the whole pathways math seems unlikely to actually solve the state’s basic education equity problem despite being billed as equity math or an equity-focused approach to math or math through and equity lens.

Here’s the deal. Virginia, like most states, has serious achievement gaps. They show up on the state’s own tests, on national measure like the NAEP, and in various outcome measures like high school diplomas and post-secondary attainment. If you know anything at all about Virginia history, this shouldn’t be surprising.

What is surprising is how efforts to address these issues mostly focus on public relations. The state has a long and embarrassing track record of trying to obscure these gaps. Former governor (and current candidate for governor) Terry McAulliffe was more concerned about the stigma of lousy schools than improving the schools. Current governor Ralph Northam campaigned saying that it was unfair to hold “diverse” schools to the same standards as other schools. Under Governor Tim Kaine the state tried via a string of waiver requests to stay one step ahead of No Child Left Behind’s requirements to avoid calling attention to these inequities.

Though the state is starting to disaggregate data, Virginia’s own school accreditation/accountability system (which is obviously and understandably on pause given the pandemic) still pays insufficient attention to achievement gaps and is designed more as a public relations gambit for the schools than a serious accountability scheme. The state superintendent describes it here. For their part, Governors Warner and McDonnell tried to do some reforms, made a few dents, but generally ran into an education establishment whose posture toward reform ranged from no, to hell no, on the big stuff.* Now, Republicans are basically AWOL on the issue; Dems won’t cross adult special interests.

Basically, over the past decade there has been a mostly steady decline in accountability through changes to how the state accredits schools and changes to cut scores on the various tests. All this in a state where 16% of Black and 19% of low-income 8th-graders are proficient in math on the NAEP (for context it’s 46% for white and for Asian 65% so plenty of work to do overall). Meanwhile, state leaders take pride in their ability to fend off reforms of various kinds, especially anything that involves empowering parents.

So here we are. Rather than equity strategies aimed at raising the floor – for instance actually focusing on students who are furthest from opportunity, addressing the state’s inequitable school finance system that harms low-income communities, providing parents more choices, and, you know, actually holding schools accountable for educating students – the idea was/is instead that the courses are the problem. If the idea is that equity should be about giving more students a shot at opportunity – especially those denied it – then it’s hard to see this as progress absent a broader set of reforms.

Look, if you want more kids to be able to access math, see themselves as math people, take advanced classes, then move that 8th-grade number in the right direction. Dramatically. Those are kids the school system has had, most of them, since kindergarten – more than eight years. And there are plenty of schools that show it can be done. That’s equity – giving kids what they need to succeed. Instead, we’re going to argue about whether or not calculus is exclusionary. Of course it is, if you’re shutting the door to it for kids before they’re even out of middle school.

And that’s the problem with State Superintendent Lane’s quick capitulation to kill this story off during a political season.** Lane says the state will keep advanced classes and do some sort of pathways reform. That’s not a recipe for inclusion or equity. It’s a formula for tracking and making it harder, not easier, to see just how poorly some Virginia students are being served.

At the end of the day you either believe that as a general matter all kids – across income, race, ethnicity – can achieve if given access to good teachers with high expectations, adequately resourced schools, and a system that expects results as a matter of course not as an exception or you don’t. If you do, then you fight to make sure those conditions exist. If you don’t, then you fight to change the yardsticks, the rules of the game, and all that. This is about yardsticks.***

However you do math, if we don’t have that belief system in what’s possible at the core, the results will be inequitable and disappointing.****

Given how this is being put in a frame of equity and math equity, my fear is that when the dust settles, the lesson people will take away is that “equity” is a fraught issue rather than an understanding of the ample work Virginia has to do in order to create a more equitable school system that genuinely gives all students – especially Black, Hispanic, poor, and rural students who are too often an afterthought in a state that fetishizes its  “world class” suburban school systems – a shot.

Preparing a lot more students from more diverse backgrounds to be rocket scientists isn’t actually rocket science. We just keep coming up with new ways not to do it.

Andrew Rotherham is co-founder and partner at Bellwether Education, a national non-profit educational consulting organization. He writes the blog Eduwonk.com where this post first appeared.

*I was on the commonwealth’s Board of Education from 2005-09 and the losing end of votes over a raft of issues about disaggregating by race for accountability.

**Despite Virginia’s history as being a tough off-year election for the party that won the White House in the previous year, in 2021 the governors race looked like a layup for Democrats. And it should be. The state is trending blue as its suburbs grow. A Republican front runner actually cheered on the January 6th insurrectionists. That kind of thing. Yet stunts like this are the kind of issue that could create a backlash and traction. Parents are already frustrated after a year of pandemic disruption. Some are frustrated with school boards they feel are more interested in renaming schools than educating kids in them. Debates about selective school admissions are sharp. And the current governor is seemingly more focused on making everyone forget he was once into racist cosplay and moonwalking than improving the schools. Seems combustible and probably why the walk back was so swift.

***That’s not a left-right thing as much as you might think. Plenty of “woke” lefties now tout ideas about race and math or precision that a few years ago would have been widely derided as racist.

****It’s not my view, but for the thoughtful counterpoint on that belief system, it’s hard to do better than The Cult of Smart.