Virginia’s General Assembly Is Back 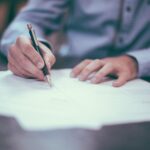 They’re saving the good stuff. They have to be.

Sure, the Democratic majority is going to legalize marijuana and outlaw the death penalty. They’re probably going to pass a Virginia version of the Green New Deal, too.

Remember Norfolk Del. Algie Howell’s infamous 2005  “Droopy Drawers” bill? The one that would have made it illegal and punishable by a $50 fine for any man in Virginia to wear pants hanging below his derriere? That gem caused the entire nation to laugh at us and gave headline writers license to dust off puns like, “An Embarrassment of Britches.”

Howell’s proposal became such a distraction that an emergency meeting was held that winter to kill it.

A year earlier, Virginia made headlines over HB158 that would have banned teenaged nudist camps. Yep, that was a thing.

Here’s what I wrote at the time:

In addition to the predictable camp activities, this one focuses on self-esteem, promising: You go home from camp with a new respect for the “nude you.”

The pilot program lasted one week and included 38 campers. All were the children of nudists. Most had visited White Tail with their parents…

Try as we might, non-nudists are never going to understand people who want to play shuffleboard wearing only a hat.

My favorite bill came in 2007,  however,  when then-State Sen. Ken Cuccinelli of Fairfax — who now serves as Senior Official Performing the Duties of the Deputy Secretary for the Department of Homeland Security — introduced the Mr. Magoo Motorcycle Mandate.

At the behest of one of his visually impaired constituents who was itching to get on a Harley, The Cooch proposed that those who wear “bioptic telescopic lenses” — little telescopes embedded in glasses — should be allowed to drive motorcycles.

That bill failed. Not sure even Cuccinelli voted for it.

I spent most of yesterday reading through scores of bills filed so far in this session and I’m sorry to report that the amusement factor is missing.

There’s the annual bill that would revoke the Sundays ban on hunting on public lands, one of the last vestiges of Virginia’s blue laws that were abolished in 1988.

This measure has no hope of passing because city folk from Northern Virginia have no respect for hunters. Plus, the bill is the baby of Del. James Edmunds, a Republican from Halifax.

That R after his name pretty much guarantees his bills will be tabled by the majority.

Ditto for Del. Jason Miyares’ HB2145 that would cap tuition at $2,500 a semester for any state college or university that does not offer in-person classes.

Great bill. Pity it will probably languish in an obscure committee.

Same goes for HB1742 filed by Del. Michael Webert, a Republican from Rappahannock County. He wants schools that are not offering in-person classes to give vouchers to parents who want to put their kids in private schools where they might actually learn something.

As if the teachers’ unions and their Richmond poodles would allow THAT.

Another doomed measure is SB1131 that would limit a governor’s emergency orders to 45 days. That’s the brainchild of Sen. David Suetterlein, a Republican from Roanoke.

That common sense measure has as much chance of passing as HB1773, introduced by Republican Del. Nick Freitas of Madison County, who wants to make it legal for Virginians to carry a concealed weapon without a permit.

Dare to dream, Nick. Where do you think you are, New Hampshire?

I read through most of the bills filed so far. Not a lot there. Where are the heavy-handed gun control measures and the anti-cop bills?

This entry was posted in General Assembly and tagged Kerry Dougherty. Bookmark the permalink.

39 responses to “Virginia’s General Assembly Is Back”