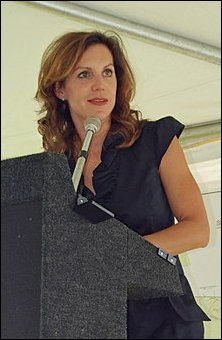 When the deep-pocketed corporate backers of “Doctor Patient Unity” set up their dark money entity, they registered the partnership in Virginia. The State Corporation Commission filing listed the partnership’s registered agent as North Rock Reports, LLC, in Warrenton.

North Rock, reports the New York Times in an article about Doctor Patient Unity’s $28 million advertising campaign to influence Congress on legislation affecting surprise medical billing (see previous post), is common to more than 150 other political action groups. North Rock’s name surfaced a couple of years ago in news reports about “Protect America’s Consumers,” a group that attacked the Consumer Financial Protection Bureau, a creation of the Obama administration criticized by conservatives for engaging in regulatory overkill. The LLC also has ties to the Republican National Committee, Karl Rove’s American Crossroads super PAC, and the National Republican Senatorial Committee.

It turns out that North Rock Reports LLC has its own SCC registration filing, and North Rock’s registered agent is Jason Torchinsky, who, coincidentally enough, listed the very same business address as North Rock — 45 North Hill Dr., Suite 100, Warrenton — and is a partner of the Holtzman Vogel Josefiak Torchinsky PLLC law firm at the same address. The “Holzman Vogel” in the firm refers to founding partner Jill Holtzman Vogel, a state senator from Winchester and Republican candidate for lieutenant governor.

A 2017 Richmond Times-Dispatch article adds this:

Vogel often describes herself on the campaign stump as “an ethics attorney.”

What her law firm specializes in, however, includes helping dark money nonprofits establish themselves and spend money in politics from anonymous donors.

“The bottom line is, somebody hires my firm to make absolutely sure that they do not get in trouble,” Vogel said in an interview this spring. When asked about groups that have criticized her firm, she said, “There’s always the other side who doesn’t like your group.”

Bacon’s bottom line: None of this is to say that Vogel has done anything unethical. Indeed, in 2018 she co-sponsored SB592, a bill that would have prohibited the conversion of money or assets contributed to a political campaign to the personal use by the candidate, members of his/her family or intimate partner. Although the ethics bill failed, the measure was a worthy one that should be enacted. However, it is difficult to imagine Vogel ever sponsoring legislation bringing sunlight to the flow of dark money through the political system — a reform that would undermine her law firm’s business model.

The number that floors me is the New York Times‘ assertion that North Rock Reports is associated with 150 registered entities. That’s a whole lot of dark money.

Of course, while Vogel stands at the center of a GOP/business dark money network, Democrats have their own networks. The main difference is that Democrats have so much dark money, much of it devoted to liberal and progressive advocacy, that they have done a better job of exposing Republican connections and tarring Republicans with the dark money label. The Democrats also have a direct pipeline to the New York Times, Washington Post, and other mainstream-medial publications that thrive on portraying Republicans as the party of special interests and mysterious billionaires.

There is plenty of sleaze to go around. The system reflects poorly on Democrats, Republicans, corporate interests, and advocacy groups alike. We need more transparency for all.

This entry was posted in Money in politics, Open Government and tagged James A. Bacon. Bookmark the permalink.