How do you know your state’s vaccine rollout is a complete clusterfart?

When Catholic priests are Tweeting about it.

The vaccine rollout in Virginia is a disaster. We're officially the worst in the country. It's no longer just incompetence, it is now malfeasance. Maybe the GA and governor should stop obsessing about taxpayer abortions and deal with this.
H/T: @kerrydougherty pic.twitter.com/3jvQtEo1aG

Looks like Fr. Beeman, who used to be at Holy Trinity in Norfolk and is now the pastor of Our Lady of Mount Carmel on the Peninsula, saw the same charts that James Sherlock cited in “We Finally Made It,” on yesterday’s Bacon’s Rebellion website.

By the numbers it appears Virginia lags behind the entire nation in vaccine distribution.

Percentage of distributed vaccines that have been administered: 42.22

Having a doctor for governor is really paying off, isn’t it?

A month into the vaccine rollout and Virginia finished dead last? We’re not even beating twisted places like, um, New York and California?

Wait. There’s more. Monday’s vaccine-a-palooza at the Virginia Beach Convention Center became an endurance exercise in inclement weather for many.

How is the first day of vaccination phase 1B going? Busy, busy, busy! Check out this line at the VB Convention Center. More tonight on @WAVY_News pic.twitter.com/cYZkT1EcQ4

People with appointments for the Covid-19 vaccine snaked from the doors of the Center to the hotel next door. Did I mention it was 40 degrees out and drizzling? Folks who’d been told to arrive about 20 minutes early were waiting three and more hours to get their shots. 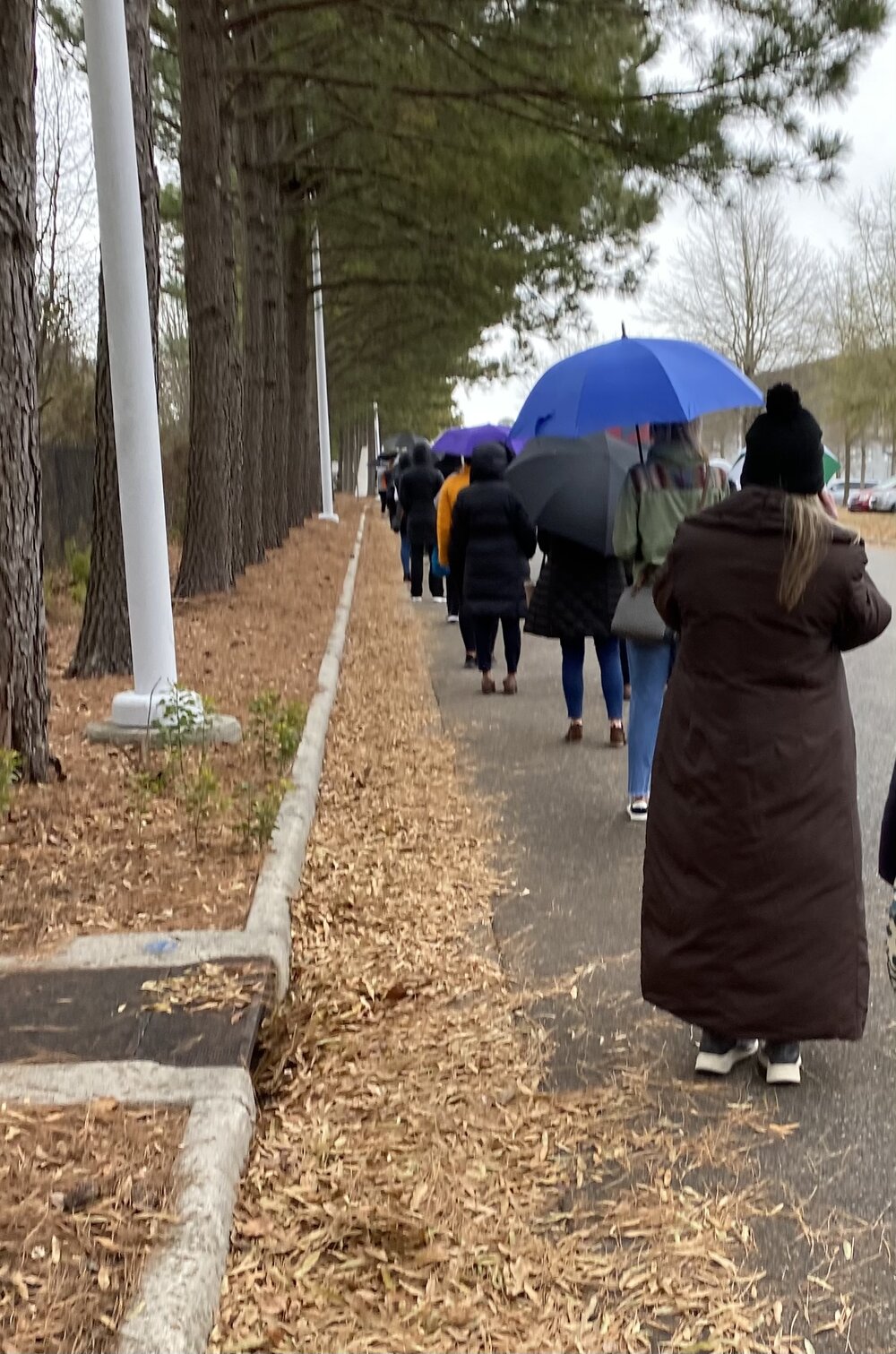 Notice anything peculiar about the above scenes?

Yep. Not a gray hair, wrinkle or walker in sight.

Look, it’s swell that teachers and city workers and first responders are getting vaccinated. But frankly, it’s far more important that we get to the elderly. They’re the ones dying at an obscene pace.

Every day on “The Kerry and Mike” radio show we field calls from older listeners who cannot figure out how to get the vaccine. Signing up online is not as easy as officials believe it is.

Has it not occurred to government factotums that many elderly folks are not computer literate? That they may have vision problems that make online tasks difficult? That those without computers or someone to advocate for them are being left behind?

One older gent arrived at the Beach Convention Center yesterday with a cane and a stool. He took one look at the line, shook his head and walked back toward his car, even though younger folks in the line offered to swap places with him.

Perhaps Gov. Ralph Northam should pick up the phone and ask Gov. Tate Reeves of Mississippi for advice. (Mississippi ranks 35th on the vaccine distribution list.) At least the Magnolia State has figured out how to get shots in arms without forcing the frailest members of society to risk hypothermia:

Mississippi is offering vaccines at 19 drive-up locations . Imagine that, a vaccination without leaving the comfort of your car!

Then again, Reeves is a banker. What would he know about vaccinating the elderly?