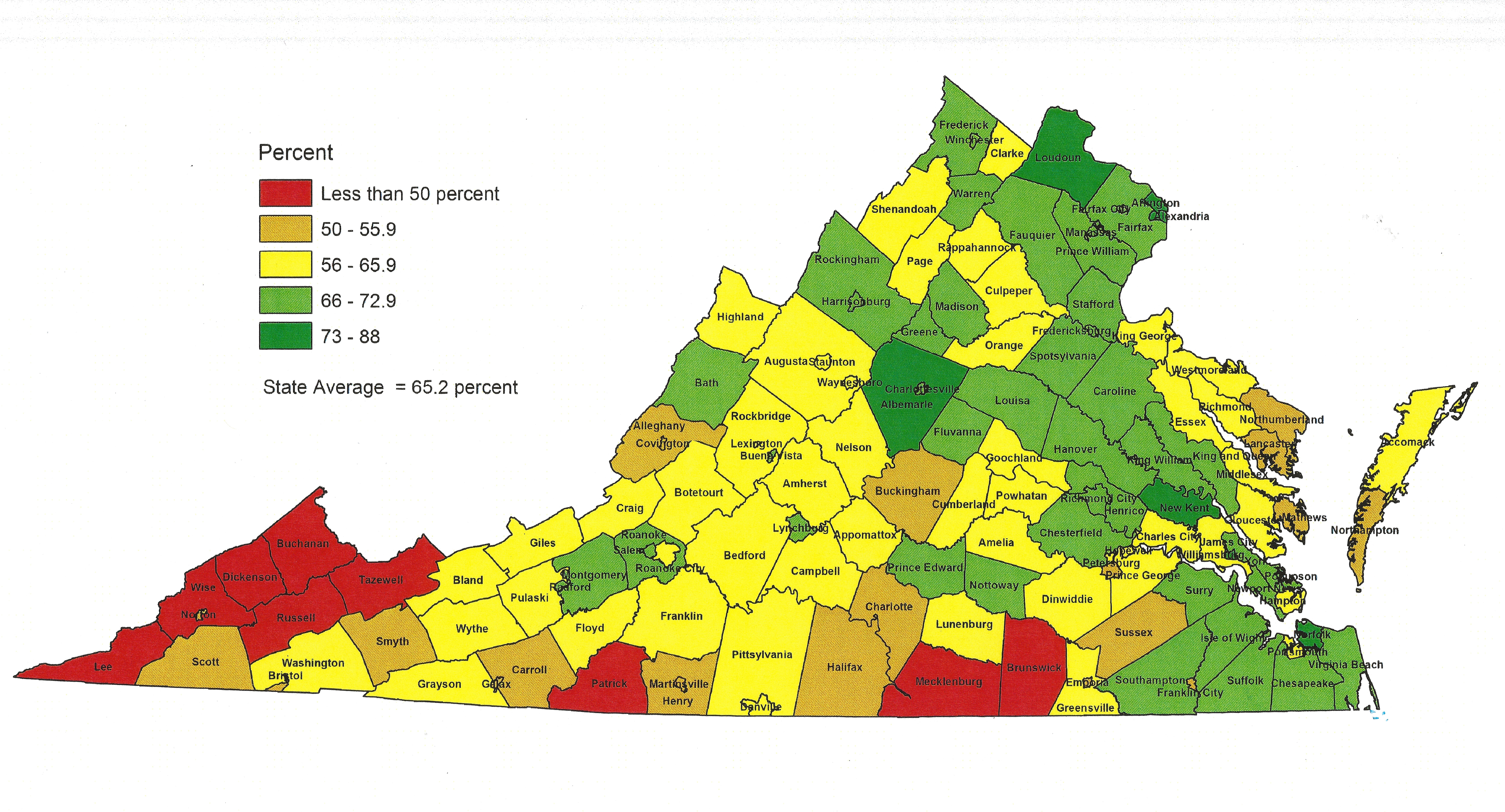 The annual unemployment fund status update for a legislative oversight commission Wednesday lasted about 30 minutes, with the chairman, Del. Lee Ware, R-Powhatan, noting it was far shorter and less dramatic than some previous meetings in tight times, adding “it’s a good drama not to have.” The presentation is here.

The projected $1.45 billion fund balance for next December 31 will be another record, said Virginia Employment Commissioner Ellen Marie Hess. The figures used are not adjusted for inflation, however, and the state has been at higher solvency levels in previous periods of prosperity. The funds are just sitting there earning interest and awaiting the next recession, which history deems inevitable.

The previous bottom for the fund came in 2010, and Virginia needed to borrow federal funds in 2010 and 2011 in order to pay unemployment benefits. The fund has been climbing back since 2012, and Hess projected an 86% solvency level and almost $1.6 billion balance for 2020. Will this unexpectedly long expansion reach through 2020?

The federal Department of Labor does its own analysis, the most recent report published in February 2019.  The 2018 version sparked a Bacon’s Rebellion report characterizing the Virginia situation as a hidden deficit, with the state at 92% of the minimum solvency level. The 2019 report (here) puts Virginia at 103 percent of that goal a year later, but still shows several other states in better shape. North Carolina’s trust fund holds $3.8 billion.

The fund is built with taxes on employers, using a formula that considers if the company has done layoffs that created claims. The average tax at its peak in 2012 was $236 per employee, with that dropping to $100 in 2018 and $90 this year. The tax for most employers is one-tenth of one percent on the first $8,000 in wages, or $80 per worker.

The agenda for the meeting included a discussion on “actions by other states addressing localities with low labor force participation rates.” That turned out to be one page of fairly generic bullet points on encouraging more employment by and for the disabled and encouraging more employment by and for older workers or caregivers dealing with a family member. Disability is the top reason men leave the workforce and caring for a family member is the number one reason women depart.  Hess’s slides on the labor force participation issues are here.

Virginia has a strong labor force participation rate, above the national and regional average for both the broad measure and the more focused “prime age” measure. The broad measure looks at everybody 16 years and older not in an institution, and includes people looking for work and those laid off but expecting to be recalled. The prime age category narrows to workers 25 through 54.

But Virginia’s good overall numbers include wide local variations. In 2017 the overall labor force participation rate was 77.3% in Arlington, but 35.3% in Dickenson County. Looking at the prime age workers, Arlington was at 86.6% and Dickenson at 56.7%. The official unemployment rates were 2% in Arlington and 5% in Dickenson, but more than 40% at prime age were not working or looking for work in that rural county.

Looking at the map that accompanied this presentation (used above), there are disparities in several regions, and if you want to drill deeper more data can be found at the VEC’s Labor Market Information website. It is the same story which has bedeviled Virginia politicians and economic developers for decades, with the state’s economic prosperity far from evenly distributed.