Virginia, Take Another Look at Nukes 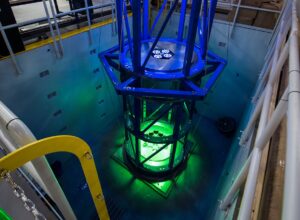 Terrapower’s technology is said to be safer than older nuclear technologies. Nuclear can provide a carbon-free electricity base-load that wind and solar cannot.

Dominion Energy, Inc., has ordered 176 wind turbines from Siemens Gamesa for its 2.6-gigawatt offshore wind farm at a cost of $9.8 billion. Electricity consumers will pay for this generating capacity. Let’s take a look at whether or not we will be getting our money’s worth.

The Virginia Clean Economy Act went into effect on July 1, 2020, with a goal of a carbon-free electric grid by 2050. The timetable for installing the first 880 megawatts turbines is 2024, with Phases Two and Three scheduled for 2026. Assuming a projected life span of 30 years, the useful life of the turbines will end between 2054 and 2056, just a few years after the Commonwealth’s zero-carbon deadline.

This doesn’t seem logical to me. The State Corporation Commission, which has received Dominion Energy’s application for the project, should take a hard look at whether or not it can meet the goals of the Virginia Clean Economy Act beyond the arbitrary 2050 deadline.

Alternatives need to be explored before the wind farm is given the green light. One of those alternatives is nuclear energy.

Dominion has vast experience with nuclear energy. In fact, its North Anna Nuclear Generating Stations have been in operation since 1978 (Unit 1) and 1980 (unit 2) respectively. The construction cost in 2007 dollars was $3.861 billion dollars for 1.79 gigawatts of capacity. Both units have exceeded the 30-year lifespan of the wind turbines. Based on their safety records, there is currently no reason to expect that their licenses shouldn’t be renewed once again in 2024.

Billionaire Bill Gates, through Terra Power, will be constructing a new-generation nuclear power plant in Kemmerer, Wyoming, that’s expected to be completed in 2028 for $4 billion dollars and have a life expectancy of 60 years. The Federal Government is funding half of the cost.

Why nuclear rather than wind? Nuclear requires less space, it’s more reliable than wind, as Europe, and Great Britain, discovered this past summer when the wind didn’t blow in the North Sea and electricity prices skyrocketed. The raw material needed is a fraction of what will be needed for the proposed offshore wind farm. While It’s true that nuclear waste is more difficult to dispose of, its volume is 1/500th that of wind. This figure includes abandoned infrastructure, and toxic substances according to Jacopo Buongiorno, a nuclear-engineering Professor at the Massachusetts Institute of Technology.

The Commonwealth of Virginia has the time to make a decision based on the science, as well as the long-term cost to its citizens, and businesses, before approving the Dominion Energy application.

Correction: An earlier version of this story incorrectly stated that the total cost of the offshore wind project would be $12.7 billion. Dominion spokesman Rayhan Daudani says the “all in” cost is $9.8 billion.

This entry was posted in Energy and tagged Guest contributors. Bookmark the permalink.