“Virginia Students Will Never Get This Year Back” 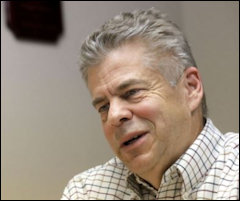 I have no inkling whether Former House Speaker Kirk Cox will win the Republican gubernatorial nomination, but I do think he just latched on to a good issue and framed it just the right way. The headline of a press release issued today says, “Virginia Students Will Never Get This Year Back.”

Cox, who was a public school teacher for 30 years, can speak with some authority on the subject of K-12 education. And he taps into a deep reservoir of frustration at the slow pace with which Virginia’s educational establishment is returning school children to in-person education.

“We’ve got three to six months of learning loss in reading and math right now,” Cox said. “You’ve got kids who have missed an entire senior year. … You’ll never get that back. You’ll simply never get it back.”

Sure, the COVID-19 epidemic created tremendous uncertainty, and educators faced hard decisions that would anger one group or another no matter what they did. But it is safe to say that Virginia, rather than rising to the occasion, sank. Private schools have managed. Public schools in other states have managed. In a Biden administration survey of public school systems, to which 31 states responded with meaningful data, Virginia ranked second to last, with only 4% of public school students being offered full-time in-person learning earlier this year. That compared to a national average of 42%.

While Virginia’s public schools struggled with COVID, Team Northam busied itself implementing “diversity, equity & inclusion” (aka critical race theory), figuring out how to reduce the percentage of Asian students in elite schools, and drawing up detailed regulations governing the one-in-a-thousand students who identify as transgender. The Virginia Department of Education (VDOE) issued platitudinous guidelines on how to operate schools safely but provided zero leadership. As the biggest educational crisis since Massive Resistance brewed, Northam was nowhere to be seen.

Predictably, the impact has been worst on poor minority students — the very students that Team Northam purports to care about the most.

Absenteeism and falling grades are rampant, said Cox in the press release.

“[Parents] are working two jobs. You’ve got two kids home alone, maybe a fourth grader and a sixth grader trying to do it themselves, and so absenteeism is up dramatically. Fs are up 350 percent in Northern Virginia,” said Cox. “It has been devastating. I just can’t imagine, with my four boys. Luckily they’re in their 20s so this didn’t happen to them, but it’s just stuff you’ll never get back, and we have got to turn this around quickly.”

There is no second chance. There are no re-dos. Poor, struggling, low-motivation students are not “resilient,” and they will never make up what they lost.

This entry was posted in Education (K-12), Politics and tagged COVID-19, James A. Bacon. Bookmark the permalink.