Virginia Pay Bill Will Be a Nightmare for Some Small Employers 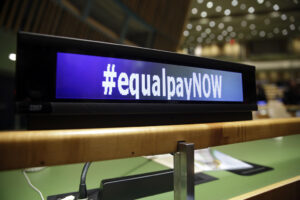 Pay regulations that are a manageable hassle for the biggest employers can be a nightmare for small employers. One example is SB 1228, a bill pending in the Virginia legislature. If enacted, it would keep employers from setting employee pay based on employees’ past wages, even though wages are usually a sign of what an employee is worth, and often reveal more about an employee’s role in a company than the employee’s mere job title reveals. It would forbid any employer in Virginia, regardless of size, to “rely on the wage history of a prospective employee” in determining the employee’s wage. It would also forbid them from seeking “the wage history of a prospective employee.”

Since federal law permits such wage-setting, and small businesses often don’t have lawyers, some small businesses will likely get sued for violating it, before they even learn about the existence of this law.

SB 1228 also defines certain pay differences as discrimination even when they are unlikely to be due to bias — especially when they occur at small employers, where such pay differences affect only an isolated number of employees, and thus are statistically insignificant. SB 1228 requires pay equity for businesses of all sizes, for all protected classifications — not just sex, but also marital status, religion, race, disability, etc.

Equal pay for different groups would be required not just when they perform equal work, but also when they perform “substantially similar work,” and if a protected class is paid less for substantially similar work than another group, that would be considered discrimination, unless the employer satisfies certain narrowly defined affirmative defenses.

On average, men and women are of equal competence, so it may sometimes be a sign of discrimination if a large employer systematically pays a large number of women less than a large number of men who perform “substantially similar work.”

But pay disparities among a small group of employees usually don’t mean anything, because they aren’t statistically significant. They just reflect the fact that no two people are alike, so an individual woman may be paid more than an individual man, or vice versa, even if they are doing a similar job (for example, one might be better at negotiating their pay).

Let me give you a personal example. I used to work for a think-tank where I was paid less than my senior colleague, even though I did similar work, and I had a better win-loss record in court than he did, in arguing court cases. (See, e.g., CEI v. OSTP, 827 F.3d 145 (D.C. Cir. 2016) (a case I argued expanding FOIA’s reach to government officials’ private email accounts)).

Was my being paid less a sign of discrimination? (My senior colleague was Jewish, and I have a disability, so we have different protected classifications covered by SB 1228).

No, it wasn’t discriminatory. My colleague was universally beloved by his co-workers, and seemed like everyone’s uncle. He was the person employees confided in about their personal problems, like when they were going through a messy divorce. Everyone liked having him around, and he was like the cool dad played by Eugene Levy in the movie “American Pie.”

By contrast, I am shy, and can be grumpy and unapproachable.

The simple truth is that he was paid better in part because he was part of the “glue” of the institution, because of his superior congeniality, and his presence helped boost employee morale.

That was a good reason for paying him more money than me. But not good enough under SB 1228, since it’s not really “job-related,” much less a “business necessity.”

So I could have sued my employer under legislation modeled on SB 1228, for religious or disability discrimination. Even though I was not a victim of discrimination. That seems wrong.

I think small employers — those with fewer than 50 employees — should be exempt from SB 1228, even assuming it makes sense for large employers (which it doesn’t).

Statistical disparities based on a small number of employees just aren’t that meaningful, as some courts have concluded. For example, one appeals court rejected a lawsuit under Title VII of the Civil Rights Act over an unintentional disparity that involved few employees, because “discriminatory impact cannot be established where you have just one isolated decision.” (Coe v. Yellow Freight, 646 F.2d 444 (10th Cir. 1981)). But SB 1228’s more stringent phrasing could lead to employer liability based on a small number of decisions.

For a discussion of how “pay equity” legislation can be unfair to workers — not just employers — by eliminating legitimate factors for compensating employees, see this link. For a larger discussion of pay-discrimination law, see my law journal article at this link.

This entry was posted in General Assembly, Labor & workforce and tagged Hans Bader. Bookmark the permalink.