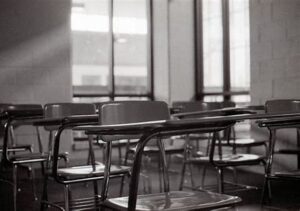 If today’s Wason Center poll results are any indication, more than half of Virginia parents have children in school systems delivering instruction online, about one fourth have children in hybrid online/in-person schools, and only one in eight have children receiving in-person education.

The Northam administration has released no estimates of its own, an exercise that would entail tabulating figures from the state’s 134 school system. The Wason Center, affiliated with Christopher Newport University, conducted 906 interviews in mid November. Thirty-four percent had children in schools. Of those:

With an effective sample of only 300 or so parents, there’s probably a fairly wide margin of error, but that’s the only statewide estimate I’ve seen so far.

Most Virginians (64%) said they were somewhat or very satisfied with how school officials have handled instruction this fall. Only 22% were dissatisfied.

At the same time, an even larger majority is worried that their children will fall behind:

In interpreting these results, it appears that most Virginia parents are ambivalent about how schools should respond to the COVID-19 epidemic. A strong majority is worried about the virus and supports keeping their children at home. (This is consistent with a survey of City of Richmond parents, which found that a large majority of respondents, who may or may not have been a representative sample, favored virtual instruction.) An even larger majority of parents worry that their children’s education is suffering, but that concern appears to be outweighed by fear of the virus.

Whether those fears are justified is an entirely different question. In the world of politics, perceptions are their own reality.