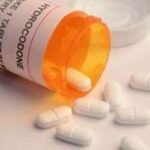 Virginia’s Opioid Abatement Authority will get an $80 million shot in the arm (so to speak) from the resolution of a lawsuit pursued by Virginia Attorney General Mark Herring and his peers in 14 other states. The bankruptcy-court settlement with the Sackler family and its company Purdue Pharma requires payment of $4.3 billion nationally for prevention, treatment and recovery efforts across the country.

Additionally, Purdue and the Sacklers are required make public more than 30 million documents, including attorney-client privileged communications about the original FDA approval of OxyContin and tactics to promote opioids.

“No dollar amount will ever bring back the Virginians we have lost to the opioid crisis or repair the families that have to live with the devastating effects of losing a loved one, but this settlement is an important step in our ongoing efforts to combat the opioid crisis,” said Herring in a press release.

Legislators created the Virginia Opioid Abatement Authority at Herring’s request to hold funds collected from opioid litigation. A settlement with McKinsey & Co. provided $13.7 million for the authority, and the AG’s office has also filed a lawsuit against Teva/Cephalon for its role in creating the opioid epidemic.

Funds flowing through the Authority are to be apportioned as follows:

Bacon’s bottom line: Kudos to Herring for pursuing the opioid litigation and setting up a mechanism for distributing the funds in a rational manner. As Herring rightly observes, the sum won’t come close to compensating for the harm inflicted by the opioid epidemic, but it can help thousands of Virginians find treatment.

The Sacklers could well be remembered as the most vicious business predators in the history of the United States. The oil and steel and railroad titans may have used their economic muscle to crush competitors and maintain monopolies, but at least they produced something of value. Purdue Pharma unleashed nothing but destruction upon the country. Purdue is now gone. But Mexican cartels, exploiting the opioid “market” that Purdue created, are flooding the country with highly addictive fentanyl. The miseries are never-ending. And unlike Purdue, cartels are largely beyond the reach of U.S. law.

This entry was posted in Courts and law, Mental illness and substance abuse. Bookmark the permalink.