Virginia Has a Talent Pipeline Problem, Not a Systemic Racism Problem 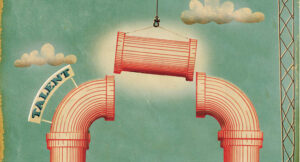 “Inequity had a 401-year head start here. It’s easy to say we’re not moving quickly enough, and I agree,” said Chief Diversity Officer Janice Underwood in an interview with the  RTD. “Racism has been institutionalized, and we now have to do that with diversity and inclusion.”

Underwood is the prime mover behind the ONE Virginia plan that will put Diversity, Equity & Inclusion initiatives into place across state government. The RTD describes how the Northam administration hopes to “institutionalize” DE&I plans with the force of law so they have staying power even after Underwood and her mentor Governor Ralph Northam are gone.

Sadly, Underwood totally misdiagnoses the problem. Blacks are not under-represented in state government leadership positions because of “structural racism” as conventionally understood, they are under-represented because insufficient numbers have the educational credentials needed to rise in state government. That is the underlying problem, and ONE Virginia’s DE&I initiatives won’t change that.

Blacks comprise 20% of Virginia’s population but 29% of state employees, the RTD informs us.

Whoah, what? Blacks are almost 50% over-represented in the state workforce?  That would not lead an ordinary person to conclude that the Commonwealth is plagued with structural racism. Indeed, it would suggest that blacks consider state government to be an attractive place to work.

But never fear, racial bean counters can always dig up a statistical disparity somewhere. Underwood says that workers must be allowed to “equitably” advance in their careers. The percentage of blacks in leadership positions in state government is only 16%. Voila! There’s your under-representation and structural racism.

But is that disparity a sign of “racism” or a sign that an insufficient number of African-Americans have the educational credentials required to climb to qualify for jobs in higher levels of management? According to the Virginia Department of Health, 41.6% of non-Hispanic whites have B.A. degrees compared to only 23.6% of blacks. If management positions require a B.A. degree, then the pool of qualified white applicants for leadership positions will be far bigger than the pool of qualified black applicants.

One could argue that educational credentialism is a form of structural racism. An increasing number of jobs across the economy require minimal educational credentials. Many observers lament “credential creep” and “credential inflation” in which jobs that once required a high school degree now require a bachelor’s degree, and jobs that once required a bachelor’s degree now require a master’s degree. This trend puts minorities at a disadvantage by discounting skills acquired through on-the-job experience. The problem is real but it doesn’t fit the narrative that ascribes the slow pace of black progress today to the lingering effects of slavery, segregation and white racism.

If the ONE Virginia plan addressed credentialism, it might actually do black people some good. But it doesn’t. The plan focuses on tinkering with hiring and recruitment processes, changing the culture, increasing “multicultural competencies,” and training employees in DE&I doctrine about the evils of white privilege and white fragility.

ONE Virginia may well enhance the career prospects of Janice Underwood — with this tangible accomplishment on her resume, she undoubtedly will be a hot commodity on the job market when she leaves state government — but the initiative will do little to help African Americans generally. The main effect of ONE Virginia will be to create a lot of bureaucratic activity.

If human nature is any guide, ONE Virginia will consume state employees with the same kind of empty formalism. Underlying issues like credentialism will be ignored, and black government employees will not progress one iota closer to equity.

This entry was posted in Government workers and pensions, Race and race relations and tagged James A. Bacon. Bookmark the permalink.