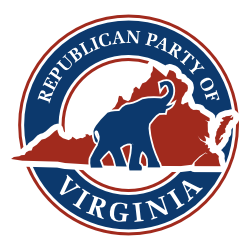 The conservatives on this blog have been spending a great deal of time lamenting what the Democratic majority and progressives are doing to the state’s universities, public schools, and life in general. However, there has been very little mention of the Commonwealth’s other major political party.  Frankly, I do not blame them for doing everything they can to distract attention away from the Republicans. That party cannot agree even on how to select its candidates for the upcoming gubernatorial election.

First, there was the usual fight in the State Central Committee over whether to have a convention or a primary. As in prior years, the proponents for a convention won out. There was one major problem with that decision, however. There is a pandemic and a large convention would violate the prohibition of large gatherings. Of course, the party could probably ignore that Governor’s executive order and go ahead with a mass convention. I doubt if the police would try to shut them down. But, doing that would be a public relations disaster.

The next option would be to arrange for some sort of virtual voting around the state, an “unassembled convention.” To do that would require a change in the party rules, but such a change would need a 75% vote in the Central Committee. The split on the committee made achievement of that level of agreement doubtful.

The legal deadline for notifying the state Department of Elections that the party wishes to hold a primary has passed. So, the options now are even more limited. To save face over the quick demise of the Liberty drive-in convention, party chairman Rich Anderson recently announced that it was not feasible. “The convergence of as many as 4,000 automobiles and 70 buses at a single venue makes that impossible,” he said. Anderson is obviously frustrated. In a message to party members, he lamented, “To be frank, I and most Republicans are fatigued by this process.”

With only two months left before the scheduled convention, they still have not figured out to how to do it.