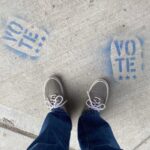 On February 2, 2020 we published “Insane Bill Will Endanger Kids” after Democrats in the General Assembly passed HB257, reversing a law that had compelled school principals to report cases of sexual battery, stalking, assault and battery and threats against school personnel and schools themselves.

What could possibly go wrong when the very people with an interest in making their schools look safe — principals — were allowed to sweep crimes under the school desks?

I begged the governor not to sign this pile of legislative fecal matter, but he did on March 12.

Of course he did. This is just one more part of the left’s soft-on-crime, perps-first agenda.

Now this: At least two girls were sexually attacked in Loudoun County public schools and the alleged rapist was transferred between schools. The public only found out when the outraged father of one girl went public.

On Friday one of lefties on the Loudoun County School Board resigned and the superintendent issued a statement. In it he apologized for not keeping kids safe and he claimed he hadn’t understood a straightforward question asked at a public meeting in June about any incidents involving trans students in public bathrooms.

There WAS a case. He said there wasn’t.

How long will Scott Ziegler have a job?

This law isn’t just bad. It’s dangerous. Principals need to report all crimes and let law enforcement and the juvenile courts sort it out. The safety of the majority of kids should overrule any instinct to give safe quarter to sociopathic punks.

Here is a list of the idiots in Richmond who voted for the law that allows principals to conceal crimes committed in their schools. A “YES” vote on this bill ought to be disqualifying. 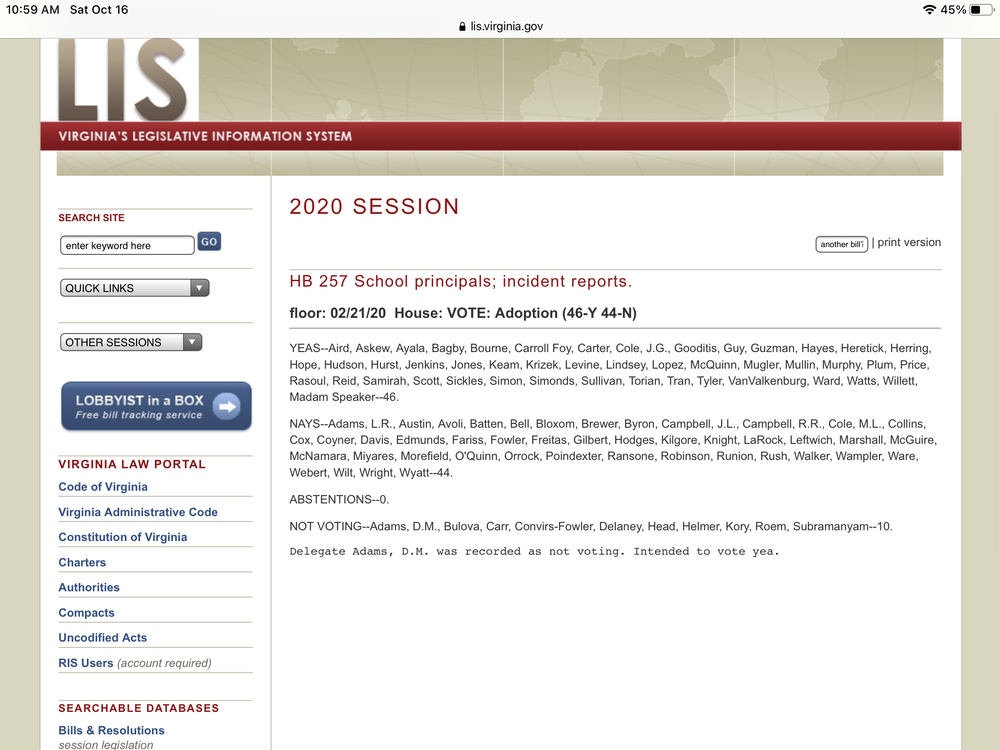 You’ll notice Nancy Guy is on that list. She’s the 41-vote wonder (she won the seat two years ago by that margin) representing the 83rd District who’s running a series of happy balloon ads on TV. She’s responsible for a bill that outlawed releases of balloons by anyone over 16. Another one of those pointless, feel-good laws that are impossible to enforce and that waste the time of lawmakers every session.

It’s one thing to raise awareness that balloons pose a danger to waterways. But a law? Who’s going to enforce it?

I wonder why she isn’t bragging about her vote for HB257. This law, which endangers the safety of all kids in Virginia, passed by TWO votes in the House. If she and just one of her comrades had the courage to vote no, this bill would have died.

It is Guy and her pals who are partly to blame for the debacle in Loudoun County. And don’t worry, there will undoubtedly be more incidents. We just haven’t heard about them yet because principals are free to cover them up.

All thanks to the General Assembly and our nutty governor who actually walked out of a presser last week when he was asked about Loudoun.

Elections have consequences, folks. Don’t be fooled by balloons.

On Sunday, 300 African-American churches began showing a Kamala Harris video to their congregations with one goal: to energize black voters to come out for Terry McAuliffe. There are signs the black community is agnostic on McAuliffe.

Then again, who can blame African Americans for not supporting the old white guy who elbowed two black women out of the way to slurp up the nomination?

That aside, churches should not be engaging in such shenanigans. Any political activity in ANY house of worship ought to cost that church it’s tax-exempt status.

Although, when the McAuliffe campaign has to reach out to the unpopular Biden administration for help, it’s a sign that the campaign is in serious trouble.

Finally, it seems Dominion Power funneled more than $200,000 to the McAuliffe campaign through a deceptive PAC that claims to be disenchanted Republicans but is, in fact, run by Democrats.

It’s sole purpose seems to be to attack Glenn Youngkin and make it appear that he’s not solid enough on gun rights.

Read Patrick Wilson’s story about it in the Richmond Times-Dispatch. Wilson’s one of the few Virginia reporters committing journalism in the commonwealth.

Why is Virginia’s power company pouring money into Democratic coffers as the electricity company sharply raises rates on ordinary Virginians? It’s all about the money Dominion will make from heavily subsidized wind farms if lefties continue to run the commonwealth.

This entry was posted in Culture wars, Education (K-12), General Assembly, Politics and tagged James A. Bacon. Bookmark the permalink.