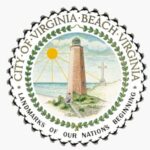 Do you ever find yourself longing for the days of rampant, in-your-face, shameless cronyism in Virginia Beach?

Ever wish the Three Amigos were still on city council fetching water for their favorite developers?

Ever miss the days when the city’s business was conducted in secret with public votes just for show?

You may be in luck. Virginia Beach City Council is picking a replacement tonight for long-time Councilman Jim Wood who suddenly quit last month because of business demands.

Among the candidates is Linwood Branch, one of the Three Amigos, a trio of council members who were exceptionally developer-friendly. In fact, my former column-writing colleague, Dave Addis, once referred to Branch as a “goat boy” for the developers.

City Council plans to make the selection in a secret session tonight and then prance out in public to take a vote.

How open of them!

Apparently a loophole in the open meetings law allows them to hash out the pros and cons of the candidates in private.

Wait a minute. Just because they CAN meet in secret doesn’t mean they must. Or should.

Any member of city council who ran on a platform of transparency and open government — that’s every damn one of them — should vote to conduct the public’s business in the open tonight. No closed-door sessions.

Let’s hear what they have to say about the four contenders. I dare them.

In a just world, voters would fill this position. Instead, a city council star chamber gets to do the picking.

I don’t know Carla Hesseltine or Holly Cuellar, but they put their names out and deserve consideration.

I do know the other two. And Richard Maddox is the clear choice.

Maddox fell out of favor with the cronies when he was on city council last time. That’s because he was independent and couldn’t be led around by the you-know-whats by developers.

He also cared about his constituents.

Cavalier Shores Civic League President Bernice Pope remembers that when a storm drain problem was plaguing her neighborhood she requested an urgent meeting with Maddox. Turned out, he’d just had surgery but invited concerned citizens — about 40 of them — into his living room where the pajama-clad councilman listened to their grievances and promised to take action.

He followed through and found a solution.

On the other hand, I could also recount troubling stories from the days when a cabal of oceanfront lackeys ran the city at the behest of their powerful friends. Those loathsome characters may have retired but they’re still out there. Waiting. They want a front man.

City council ought to appoint Richard Maddox to the open seat.

Barring that, ABL: Anyone but Linwood.

This entry was posted in Politics, Transparency and tagged Kerry Dougherty. Bookmark the permalink.