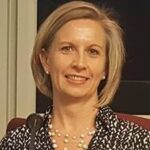 There was an empty chair at Tuesday’s Virginia Beach School Board meeting.

Not that the public could see. It appears the meeting wasn’t televised.

That seat should have been occupied by Vicky Manning, one of a handful of good government types on that alarmingly woke body.

Manning refused to attend because she believed the meeting was illegal.

In fact, Manning is so incensed by what she says was a violation of Virginia’s open meeting laws that she’s filed court papers asking that the actions taken on Tuesday be nullified. Those actions include a last-minute schedule change for next week’s meeting when a resolution banning Critical Race Theory is expected to be debated.

Manning’s attorney, Tim Anderson, told me that a hearing is scheduled on the matter in General District Court on Monday morning.

In a statement Wednesday, Manning accused the board of acting illegally:

It is my opinion that the School Board violated the FOIA open meetings law by not properly publicizing their meeting on June 1 or giving proper notification, by adding an agenda item (that changes the next public meeting date) at the last minute in violation of by-laws and not allowing proper public access to the meeting.

Was the reason for these shenanigans so that the public would be confused about the date of the next meeting and not attend?

The School Board did not post this (June 1) “special” meeting on its website where it posts its meeting schedule… it is still not listed. As a School Board member, I was made aware through email from the School Board chair on May 17th that the Board would be holding a special meeting on June 1. Based upon my interpretation of FOIA, the public should have been notified contemporaneously on May 17th .

Yep, in addition to dealing with the school chief’s annual review, the board took the opportunity — with no one watching — to move next week’s meeting from Tuesday to Wednesday.

It just so happens that the meeting is likely to be heated as the proponents of Critical Race Theory try to quash a resolution from Board member Carolyn Weems that would ban CRT from Virginia Beach schools.

A public rally in opposition to CRT was scheduled to coincide with the meeting, so this switch adds an element of confusion. No doubt that’s a welcome development for those who support the radical CRT agenda.

When I spoke with her Wednesday, Manning said, “We are required to give reasonable notice… Not only was the meeting not included on the School Board’s main webpage, but it was put on a committee calendar, where the public would not know to look…

“The doors to the building were locked (during the meeting),” she added.

Look, Virginia has open meeting laws for a reason: To keep the public involved in local government.

Yes, ordinary taxpaying schlumps who care about education can be an unruly and unpredictable addition to a school board meeting. Too bad. That’s what politicians sign up for when they run for office.

While the Beach School Board may not have acted illegally — we’ll know after Monday — it does appear that little effort was made to draw in the public to a meeting that had been set for more than two weeks.

At the very least this seems to be a violation of the spirit of Virginia’s sunshine laws.

Someone needs to make sure it doesn’t happen again. Looks like Vicky Manning is that person.

This entry was posted in Culture wars, Education (K-12) and tagged Kerry Dougherty. Bookmark the permalink.