Of Trash and Truckers 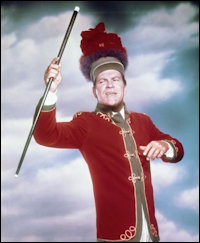 “River City” in this case denotes certain municipalities in Northern Virginia, Georgia, and Colorado serviced for trash disposal by Manassas-based American Disposal Services (ADS). After years of exemplary service, ADS has seemingly lost the ability to pick up trash on a reliable basis. Fairfax County and Home Owners Associations are scrambling to review options to hold ADS accountable for its contractual obligations. My HOA has a temporary agreement with ADS to reduce trash pick-ups and change to a less demanding pick-up schedule.

ADS insists this is not their problem. Quoting Supervisor John Cook (Fairfax),  American blames a nationwide problem recruiting employees to drive its trucks. On a national level, the National Trucking Association reports, the U.S. was short approximately 48,000 truck drivers in 2015. An estimated 890,000 new hires will be needed over the next decade, with the potential for a shortage of 175,000 drivers in 2024 if the trend continues.

For reasons unknown, Waste Connections is apparently more impacted by the trucker shortage than other companies. Given the lack of any coherent communications from the company, rumors are circulating of hiring-policy changes. But elected officials assure us that the truck driver shortage is indeed real, and it is impacting other trash collection companies in NoVA.

While we await for a clearer trash collection picture to emerge, BR readers can ponder the impact of the apparent trucker shortage on Virginia’s plans (e.g. to relocate megatons of coal ash) as well as proposed national infrastructure improvement plans.

This entry was posted in Infrastructure and tagged Bill Tracy. Bookmark the permalink.