Transparency for Thee But Not for Me 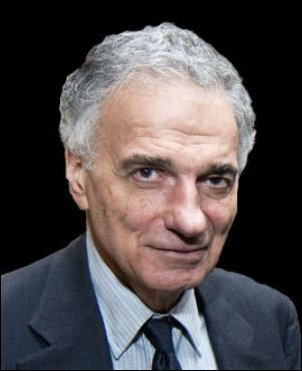 Is Ralph Nader the driving force behind UnKoch My Campus?

In response to attacks from left-wing critics, the Charles Koch Foundation said last week that it will post all future multiyear agreements with universities online. The Foundation is one of the nation’s most generous contributors to higher education in the United States, ladling out $90 million in gifts in 2017. Among the biggest beneficiaries has been the Mercatus Center, a free market/fiscal conservative think tank, and to a lesser degree the Antonin Scalia Law School, at George Mason University

Private colleges and universities aren’t subject to public-record disclosures; some public-university relationships are forged through the schools’ foundations, which can also be exempt from disclosure requirements. Some schools receiving Koch grants have shared the agreement details publicly, but historically not all have been required to do so.

The UnKoch My Campus group has led the criticism of Koch Foundation influence at GMU and elsewhere nationally. Ironically, it is not clear who funds UnKoch My Campus or what strings might be attached to its funding agreements.

In an age in which politics is polarized — and in which everything is deemed political — “dark money” is a massive issue. Millionaires and billionaires influence public policy not just directly through campaign contributions and paid lobbyists but indirectly by funneling foundation money through programs to influence public opinion — as well as those, such as university scholars and new media outlets, who shape public opinion.

Although the Koch Foundation has committed to increased transparency, its critics are not satisfied.

“Unless they are going to release all past agreements, and documentation for all their programs, Koch is not providing clarity, but simply executing a p.r. move to deflect scrutiny from the programs on hundreds of campuses where they continue to leverage undue influence for private gain,” Ralph Wilson, research director for UnKoch My Campus, told the Journal.

At least the Koch Foundation files a 990 form with the Internal Revenue Service, which you can view here. The foundation may not live up to UnKoch My Campus’s lofty ideals for transparency, but then… neither does UnKoch My Campus.

UnKoch My Campus does not publish any agreements it has with funders. It doesn’t even identify its funders. Indeed, it doesn’t even file a 990 form. Here’s what you see when you search the Foundation Center’s 990 finder:

While UnKoch’s web page says nothing about where it gets its money, if you want to donate, you can stroke a check to “Essential Information,” a Washington, D.C.,-based outfit, founded in 1992 by Ralph Nader, whose affiliation is not explained.  You can see a a 990 form for Essential Information here.

Reporting total assets of $86,000, Essential Information does not appear to have an endowment or to be otherwise self-funded. The group reported receiving $382,000 in gifts, grants and contributions in 2016 but it did not identify the source of those funds.

The foundation listed $97,000 in salary and other administrative expenses, and it listed the Free Africa Foundation as the recipient of a $25,000 grant. (The previous year, it gave $50,000 to the Environmental Action Center.) The foundation provided no indication of how the other $260,000 was spent.

The president of Essential Information is listed as John Richard, who devoted on average five hours of week to foundation duties. And who is John Richard? According to the Public Citizen website, upon whose board he sits, he “supervises staff at The Center for Study of Responsive Law, the hub of Ralph Nader’s public interest activities in Washington.”

The Center for Study of Responsive Law takes donations on its website, but does not say where its money comes from. The Center’s 990 form is only partially illuminating. The group collected $808,000 in 2016, and it supported a staff of 11 with wages, payroll taxes and benefits of $574,000. Where did that money come from? The group didn’t say. And what did the Center spend its money on? Three things mainly: two Breaking Through Power conferences, the DC Library Renaissance Project and “a wide variety of research and educational projects to encourage government and corporate institutions to be more aware of the needs of the citizen consumer.”

Did Ralph Nader’s Center for Study of Responsive Law donate money to Essential Information and/or UnKoch My Campus? Publicly available data provides no answer. Where did Nader’s $808,000 in 2016 contributions come from? Did he rely upon small-dollar donations? Did he self-fund? Did he rely upon one or two big donors? If there is a funding agreement in the mix, I’d love to see it. Good luck with that.

This entry was posted in Money in politics, Not-for-profits and tagged Dark money, James A. Bacon. Bookmark the permalink.