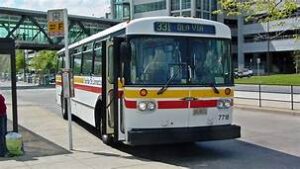 Office workers with the Fairfax Connector are represented by the Office and Professional Employees International Union (OPEIU) Local 2. This fall some employees wanted to hold an election to decertify the union, and they gathered the number of signatures required by the National Labor Relations Board (NLRB), but an NLRB director in Baltimore blocked the petition. Now the National Right to Work Foundation (NRW) has taken up the cause of the dissident employees.

Employee Amir Daoud is asking the NLRB to overturn the so-called “contract bar,” the non-statutory NLRB policy cited to halt the election. The contract bar forbids employees from ousting a union for up to three years after their employer and union finalize a bargaining contract.

Whatever the outcome of this particular petition, Virginia workers are likely to see more incidents like it. With Democrats in control of the General Assembly and all three statewide offices, organized labor is targeting the state’s Right to Work law, which allows employees of a bargaining unit to opt out of union membership.

Here’s the background of the Fairfax Connector dispute. In April 2019 the Transdev Group, an international company based in Paris, France, won the contract to operate and maintain the Fairfax Connector bus network for a period of five years, with a 10-year option. Negotiations with the OPEIU ensued. After almost a year of talks, the OPEIU in June presented a contract for approval but Transdev employees voted it down.

In October, according to the NRW filing, “a Union representative informed certain [employees] via teleconference that he had negotiated a new agreement” and “intended” to sign it without a ratification vote. He did not tell employees when he planned to sign it.

Following news of union officials’ plan to accept the the contract without employee consent, Daoud filed a decertification petition on November 10, 2020. Some time later, he and his coworkers were informed that union agents had signed the contract with Transdev several days previously, on Oct. 31.

In dismissing the petition for a decertification election, according to the NRW summary, officials in NLRB’s Region 5 in Baltimore ruled December 22 that the “contract bar” applied because the petition was submitted after the contract was signed.

In its Request for Review to reverse the decision, NRW argued that Daoud and his colleagues had no way of knowing whether, or when, that signing would occur. The “contract bar,” NRW argues, is “contrary to the paramount objectives of employee self-representation and free choice” and “has the effect of forcing unwanted representation on employees for as long as three years.”

The facts of this case demonstrate exactly why the contract bar should be eliminated. After workers voted to reject an earlier proposed union contract, union bosses surreptitiously entered into a contract behind workers’ backs in an attempt to ‘game the system’ and use the ‘contract bar’ to block workers from voting them out. The ‘contract bar’ is an affront to the federal labor law’s supposed protection of employee free choice. It merely serves to entrench self-serving union bosses even when there is clear evidence that the very workers that they claim to represent want them gone.

Bacon’s bottom line: Labor unions are a business. The men and women who manage labor unions provide a service to union members — representing them in their dealings with employers — in exchange for which they collect dues. The more dues-paying members in the union, the more pay and perks the union bosses can get. Their incentive is to keep workers in the union whether they want to belong or not.

Unions are a classic expression of the “agent” problem. In the business world, it is widely acknowledged that there is a conflict between management and shareholders. Senior executives (the agent) seek to maximize their own good (pay, bonuses, perks, golden parachute contracts), often at the expense of shareholders. Much time and effort has been expended on figuring out how to align the interests of senior executives/agents with those of the shareholders.

A similar problem exists with unions. Union executives (the agent) seek to maximize their own good, often at the expense of their members they represent. The institution that governs organized labor in the U.S. is the National Labor Relations Board. The NLRB concerns itself mainly with mediating between labor and employers. Employers have the resources to hire lawyers and lobbyists to ensure that their interests are represented in NLRB proceedings, the enactment of laws and formulation of regulations. Union members have no such resources. The OPEIU bosses know how to work the system to their advantage; rank-and-file Transdev workers do not.

Union membership in the private sector is experiencing a long-term decline. In 2019 unions represented only 6.2% of the private-sector workforce nationally, but it represented 33.6% of public-sector workers. Union market share continues to erode in the private sector. But unions continue to make inroads in the public sector, especially in Democrat-dominated states where unions and Democrats enjoy a political symbiosis. Organized labor helps elect Democrats; Democrats use their political clout to benefit organized labor.

As a Right to Work state now dominated by Democrats, Virginia represents a growth opportunity for organized labor. Unions have given $2.6 million (funded by member dues), to Virginia political campaigns in 2020-21, according to the Virginia Public Access Project. As union influence in Virginia expands, expect that number to grow.