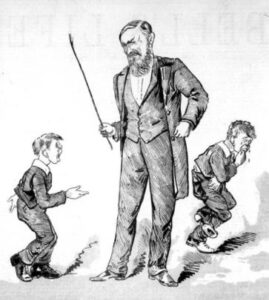 The Virginia Department of Education (VDOE) is ramping up for the 2022 Virginia School Survey of Climate and Working Conditions early next year. (Hat tip: Jim Sherlock) The survey is an annual exercise to gauge perceptions of safety, discipline, and working conditions in public schools. I have no idea whether the findings from this annual survey percolate up to top decision-makers in Northam administration, but the VDOE bureaucracy dutifully conducts the survey and posts its findings.

The results for the 2020 school year, based on 107,000 student surveys obtained from 299 high schools, are posted online. As you read the findings highlighted below, ask yourself the question, how do these responses comport with common assertions of systemic racism in Virginia schools?

The vast majority of students (94%) reported that there was at least one teacher or other adult at their school who really wants them to do well and 74% said there was an adult at school they could talk with if they had a personal problem.

Fifteen percent reported the presence of gangs at their school. Ninety-six percent said their schools had a School Resource Officer (SRO) and 70% indicated that the SRO made them feel safer at school.

The survey also reported the percentage of students experiencing “symptoms of mental health problems” such as sadness (33%), irritability (37%), hopelessness (23%), and difficulty concentration on schoolwork (41%).

The school climate survey also asks questions of teachers and staff. More than 15,700 staff from 291 schools responded. As the teacher shortage intensifies, due in large part to teachers resigning or quitting, it is worth knowing how they view their working conditions.

The implication of this number is 28% of teachers and staff do NOT feel safe at school (or provided a neutral answer).

Staff were asked about their own experiences of aggressive behavior in their interactions with students, parents, and colleagues. Staff reported that a student engaged in the following actions at least once during the school year:

That year’s survey probed teachers’ attitudes towards a “zero tolerance” discipline policy toward disruptive students. Responses varied depending on how the question was formulated. Bottom line: There was majority but not overwhelming support for zero tolerance.

Other than the question that asked students if they felt they were “treated fairly,” the survey did not delve into issues animating the State Board of Education, the Superintendent of Education, or Virginia’s more “woke” school districts about race, gender, or sexual orientation.