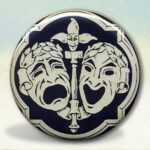 The 2020 effort to bring Dominion Energy Virginia back under full State Corporation Commission regulation failed because too many of the loudest advocates are two-faced hypocrites. If they truly cared about ratepayers and the proper balance in utility regulation, they wouldn’t be pushing that other bill, the one that further guts the SCC and adds substantial customer costs in the name of green virtue.

During the hearing Monday night State Sen. Steve Newman, R-Bedford, was quite open in chastising the various environmental advocates for talking out of both sides of their mouths, worrying about the ratepayer in one discussion but not the other. He was right. If you want Virginia energy regulation done correctly, it needs to be done correctly in all instances.

Newman has been consistent.  He voted for the failed House Bill 1132, which would have returned some fairness to the 2021 review of Dominion’s earnings and rates. He has also been voting against the Virginia Clean Economy Act, with its massive mandates for new wind and solar power without SCC oversight. The outcome on that bill is still in doubt, but some version is likely to pass.

Watching Monday’s discussion before the rate case bill failed on an 8-7 bipartisan vote was painful because the case for the bill was not made very well. Frankly, if you are trying to make your case at the committee microphone at the end of the game, you’ve already lost. The following analogy should be easy for the average Virginian to understand, even legislators.

Think of Dominion’s base rates, about half the typical monthly bill, as comparable to basic cable TV. The various rate adjustment clause “adders” which have been piled on over the past decade, to where they are now a huge part of the bill? Think of them like the various streaming services.

Twenty years ago, basic cable was great. You got it all -– movies, some channels commercial free, a wide variety of sports including the blockbuster events, other specialty programming, and for a while a wide array of on-demand re-runs with no additional charge required. Boy, has all that disappeared.

Now the good stuff is all on some streaming service, not included in cable. You can’t even get Turner Classic Movies without a specialty package. The falsely named public media people have joined the greed parade, charging for on-demand re-runs if you missed the original broadcasts. CBS has led the way into pay TV through streaming. No Sunday “Disney Night” on free NBC ever again.

That’s what those Dominion rate riders are like. Each and every one, each and every one, pays for something that used to be included in base rates and still could be. Not that long ago you would not have paid extra for construction of a new natural gas generator or would not have been hit with a separate charge for various energy conservation programs, for environmental compliance or to bury some neighborhood distribution lines.

Pre-2007, those functions were built into base rates. You are still paying the base rates set when they were.

But as all those functions and investments have migrated over to the individual rider charges (the streaming services), the base rates have stayed the same. You are paying for things you no longer get, just like with cable TV. It was clear in 2007, when this new regulatory structure was created, that the base rates needed a top-to-bottom accounting and possible downward adjustment. Since 2007 the number one goal of Dominion has been to prevent that, and Monday night the company succeeded in preventing it again. The financial reward to them has only grown since 2007.

In 2009, to prevent the SCC from lowering base rates in the first case after the 2007 legislation, Dominion paid out $725 million in cash rebates to customers. It if paid out $725 million, how much more money did it hold back? How much more did it see coming down the pike? It has gained billions in excess profits since then, easily. The payoff paid big dividends.

There is one big difference between your new multi-faceted electric bill and your now equally complicated television bill. With the television service, you have choice. Million and millions of Americans have dumped the greedy basic cable operators, who offer far less content than they used to for the same cost. The average Virginian cannot dump Dominion and is locked into paying for the now-shrinking benefits of the base rates plus paying for all the new rate riders.

If the General Assembly passed a bill to mandate that everybody keep paying a monthly cable bill, and forcing them to also pay for Netflix, Prime and Hulu, do you think there might be a political backlash? Well, that is what the legislature has done routinely, in 2013, 2014, 2015, 2018 and is about to do again in 2020 on behalf of Dominion and its shareholders.

Two small examples: There is a rider on everybody’s Dominion bill to pay for this residential under-grounding program, which Bacon’s Rebellion has visited before. If it succeeds in lowering future repair and maintenance costs, Dominion pockets all that gain through base rates. Our dollars improve their sales and net profits, unless base rates are routinely adjusted. Oh, and they get a profit on the underground installation program, too.

This new program to help low-income customers with their bills, the Percentage of Income Payment Plan, will work the same way. The base rates have always included an allowance of millions of dollars for uncollectable accounts. To the extent PIPP gets some of those customers current (with our dollars), all of that allowance built into the base rate flows right to Dominion’s bottom line. The only way to back it out would be to have the kind of base rate true up contemplated in that failed bill.

It’s dead. Eight senators killed it, despite 77 votes in favor in the House.  The Republicans who voted to kill it are  on their own.  The Democrats who voted against it will have their political keisters protected by subsequent votes in favor of the big green energy package and some of its satellite bills, equally dismissive of proper utility regulation for prudent and reasonable costs. The environmentalists will forgive and forget.

If the first effort – a return to proper regulation – was their real goal, it should have been the only effort.