This Could Be Interesting… Virginia to Get a “Chief Transformation Officer” 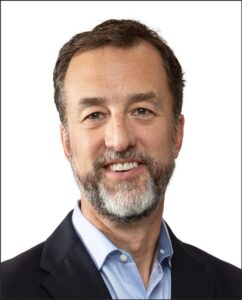 This evening Governor-elect Glenn Youngkin announced several new key appointments, including his chief of staff and deputy chief of staff. But it is the appointment of Eric Moeller, a partner at McKinsey & Company, as “Chief Transformation Officer” that I find most intriguing.

I don’t believe that the Governor’s Office has ever included anyone by that title before. The  press release from Team Youngkin does not specify what Moeller will be doing, but it doesn’t take much imagination to speculate that appointing a partner of McKinsey, one of the world’s largest consulting firms, is for the purpose of taking a close look at the organizational structure and business processes of state government.

Chopping regulations is one of those old saws like eliminating “waste, fraud and abuse” that Republicans say they want but is easier said than done. This is pure speculation, but perhaps Moeller will lead such an effort.

The press release says that Moeller has more than 30 years’ experience “shaping and leading transformational change in companies across the United States.” At McKinsey, he leads the RTS unit where “he helps companies seeking dramatic and sustainable improvements in performance and organizational health.” He works with businesses ranging from $1 billion to $70 billion and “has helped them deliver financial impacts ranging from $100 million to $1.5 billion per year.”

With prior roles as CEO of a small food manufacturer, Trustee of AGE Refining, Vice President of Valero Energy Corporation, and Partner at the Boston Consulting Group, Eric has had an impressive career. The administration is grateful to have Eric’s expertise and ability to create sustainable change.

Eric holds an MBA from Harvard Business School and a BS degree in Chemical Engineering from the University of Wisconsin where he was a member of the national championship rowing team. Eric, his wife Leslie, and daughter live on a farm in Louisa County. They have two sons who are fourth generation graduates of the University of Virginia. Eric will join the administration on January 17th.

This entry was posted in Efficiency in government, Uncategorized and tagged James A. Bacon. Bookmark the permalink.