There Will Never Be Enough 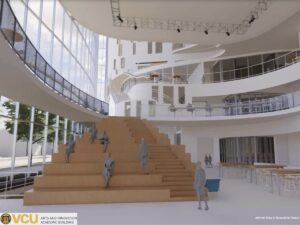 Those of us at the state Department of Planning and Budget (DPB) who worked closely with the capital budget used to marvel at the submissions from higher ed institutions. It did not matter how much had been approved and funded in the recent past; each year there were more and bigger requests. One of my colleagues summed it up succinctly: “For higher ed, there will never be enough.”

It seems that the upcoming budget year will not be an exception. The four-year institutions of higher learning have submitted budget requests to the Governor for capital projects with an estimated cost of over $3.6 billion.

Not too many years ago, a project costing $100 million or more was unusual. There are 12 projects on the current request list that have estimated costs of more than $100 million.

Leading the list is UVa’s $347 million Bioscience Building. To be fair, the university is requesting only half of that ($173.7 million) in tax-supported debt, with the remainder to be financed by revenue bonds. UVa also has the third most expensive project: a $195.4 million Center for the Arts. The funding for this project would be $127 million in tax-supported debt, $50 million in grants, and $18.4 million in revenue bonds.

It was an article in Monday’s Richmond Times-Dispatch regarding a proposed capital project at Virginia Commonwealth University that renewed my interest in this general area. Those of us who have lived in the Richmond area for a long time have observed the remarkable physical expansion of Virginia Commonwealth University (VCU) and how it has transformed downtown Richmond. One could be forgiven for assuming that the school’s construction boom had reached its peak. However, as reported by the RTD last May, the VCU Board of Visitors has approved a six-year capital outlay plan with an estimated cost of $1.2 billion.

For the 2022-2024 biennium, the school has requested appropriations for the first two components of that plan: an Arts and Innovation Building ($181 million) and an Interdisciplinary Classroom and Laboratory Building ($152 million). Of the $181 million for the Arts and Innovation Building, $163 million would be tax-supported debt and $18 million would come from revenue bonds.

The purpose of capital projects is generally clear for most agencies. However, that is often not the case with higher ed. Those institutions have a language all their own. Here is the description of the purpose of the Arts and Innovation Building that VCU included in its budget submission:

The proposed 209,500 gross square foot Arts and Innovation Academic Building will be located on the southeast corner of Broad and Belvidere Streets, consolidating arts and innovation programs in a single location. It will be home to new hybrid classroom-laboratories, interdisciplinary performance and makerspaces, and creative incubators for rapidly growing partnerships across arts, business, medicine, and engineering. The facility must be highly flexible with the ability to rapidly reconfigure space on a regular basis. The activities in this building will range from opera to quantum computing; integrating the disciplines of engineering, cinema, theater, immersive media technology, gaming and the creation
of new knowledge.

Along with the Institute for Contemporary Arts Markel Center, the building will anchor the east side of the Monroe Park Campus and act as a “front door,” highlighting the university’s status as a premier arts institution and providing a link to the Downtown Richmond Arts District.

And why is such a facility needed?  Here is part of the school’s explanation:

Positioned just steps away from Fortune 500 companies, a new Arts and Innovation Academic Building will provide a launch pad for critical digital and creative economy initiatives both on campus and in the city, and will prepare students for a world of emerging creative industries. … Geography and quality of research, laboratory and classroom space are currently challenges for VCU’s arts and innovation programs, with 17 departments and programs spread across 20 campus buildings. The new space will consolidate many of the existing arts and innovation programs in a single location, allowing VCU to redeploy those sites for other purposes. … Focusing on a single project or objective, teams from various areas of expertise will collaborate on projects, allowing academic models to simulate the commercial media and product development experience. This building will enable the university to maintain its leadership position in arts education, innovation and media while also integrating other academic disciplines.

Nowhere in this submission is there any explanation of what constitutes an “innovation” program. I wonder what a “makerspace” is. (That is not a typo on my part.) I did not realize that one could “create knowledge”.

The justification put forth for the Interdisciplinary Classroom building is a little more clear, but fairly vague and remarkably brief, considering the school is asking for $152 million:

The need for additional instructional and class lab space is documented in the university’s 2015 space needs analysis. This project builds upon three of the six guiding principles in the ONE VCU Master Plan – student success, program synergies, and placemaking. It adds interdisciplinary classrooms and class lab space, creating program synergy and accommodating growth in the science and math programs within VCU’s College of Humanities and Sciences. Student success is enhanced by having adequate lab and classroom space to enable students to take the classes and labs in the sequence needed to earn their degrees in a reasonable time.

These may be worthwhile projects; I am not in a position to judge. But, in exchange for $315 million, it seems to me that VCU owes the Governor, General Assembly, and the public a more thorough explanation of the purpose of the facilities and why they are needed.

I still have a hard time grasping why these projects cost so much, but that seems to be the norm. As I reported several years ago, the General Assembly balked at the $373 million price tag for replacing Central State Hospital and pushed the Department of Behavioral Health and Developmental Services to scale the project back. The project is still in the planning stage. As has been reported on this blog, the need for additional mental health beds has become obvious recently, as the agency has had to suspend intakes because no beds were available. We will not know until later in December when the Governor submits his proposed budget whether these two VCU projects, as well as other big-ticket higher ed projects, will be included. If they are, it will be interesting to see if the General Assembly, especially the new majority in the House, gives them the same scrutiny that is given to projects requested by other agencies.