The World Doesn’t Work that Way 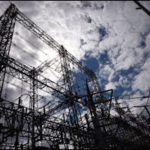 The political elites who promoted the passage of the Virginia Clean Economy Act would have us believe that planning an energy transition is no more difficult than planning a long vacation. You know where you want to go, how long you will be gone, and how you plan to travel. The Clean Energy Act was demonstrated extreme hubris. Uncertainties and unintended consequences were viewed as minor matters, if considered at all.

Advocates seemed to think that what looks doable in theory will be doable in practice. That was certainly the case where members of the Virginia General Assembly and environmentalists who pushed passage of the Virginia Clean Economy Act. The world doesn’t work that way. The announcement by Dominion’s CEO that the cost estimate has risen from $8 to 10 billion was an early sign about future cost increases.

These advocates forget the truism that in theory, theory and practice are the same but in practice they are not. We are slowly beginning to see nationally as well as here in the Commonwealth that long-term energy planning involves a lot of uncertainties, unintended consequences. and consumer sensitivity to price increases.

Rather than being like planning a long vacation, long-term energy planning is much like the iterative decision process followed by Lewis and Clark in exploring the territory west of the Missouri. Policy makers are also relearning the lesson that energy policy based on the pain caused by constrained supply and high prices is not sustainable.

For climate advocates, the highest priority is reaching net zero emissions by 2050. They believe that priority dominates all others and is strongly shared by most citizens. That is the mind set of central planners. In reality, citizens have a number of high priorities and their decisions over time reflect the reality that decisions always involve trade-offs and are affected by circumstances and price.

Now that Republicans control the House of Delegates perhaps they will see more clearly the unintended consequences of energy and climate decisions of the Clean Economy Act. Europe can serve as the canary in the coal mine. The pandemic and supply-chain problems are important disrupters but no one should underestimate the impact of climate-related decisions as being the main drivers of high prices and scarcity throughout Western Europe. Those decisions have made energy prices excessively high while also leading to a decline in fossil fuel production. Germany’s elimination of nuclear power as a source of electric power and the Dutch decision to close the Groningen gas field -– the largest in the world — by 2030 only make the price problem worse.

Here in the U.S., gasoline prices have reached levels not seen since 2014. Government policy has depressed fossil fuel production and investment. We have the ironic situation where the Biden Administration is acting to depress oil and gas production while simultaneously urging OPEC and Russia to increase their oil production to help lower gasoline prices. We have gone from the world’s leading producer of oil and gas to being energy beggars.

Virginians are experiencing persistently high gasoline prices and can look forward to natural gas prices increasing heating costs as much as 30% this winter. These price increases as well as national ones reflect the fact that governments are actively discouraging investments in non-renewable sources of energy. According to the Wall Street Journal, for example, oil and gas investments domestically are down 26%, except for the Permian Basin where shale production is not growing.

If non-renewable energy is the future, it should get there on its own merits and not by discouraging advances in energy technology and fossil fuel production. Energy companies are not like buggy-whip companies. They want  a future based on technology that will reduce emissions while also producing commercially viable supplies.

This entry was posted in Energy, Environment, Regulation and tagged Bill O'Keefe. Bookmark the permalink.