The Thought Police Have Her on Video 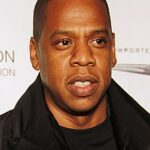 You know how some things play out exactly as you expect and you still can’t figure out why they happen? Such a thing happened to me this morning when I opened the New York Times.

On the front page was an article that was a rehash of reporting that had been done in Virginia and Tennessee newspapers in early June of this year.

It was, of course, about racism (or close enough for the Times). In Leesburg, Virginia. Nearly five years ago. By a then newly 15 year-old girl. Who sent a three-second video to her girlfriend on which she celebrated getting her learner’s permit by saying “I can drive, N—–“.  In which she was imitating the language used on the rap music that dominated her and her friends’ play lists.

Mr. Daniel Levin writes about how that incident got blown up on the internet and ruined a young girl’s life.

If it did not when the story was originally published, Mr. Levin and his editors have assured it. The story has gone national, six months after it was first reported, complete with the young girl’s name and picture, part of “All the News That’s Fit to Print,” Sunday front page version.

Title: A Racial Slur, a Viral Video, and a Reckoning. Subtitle: A white high school student withdrew from her chosen college after a three-second video caused an uproar online. The classmate who shared it publicly has no regrets.

Helpfully, in the online version the Times offered to let me sign up for their Race/Related newsletter before the piece appeared below that advertisement.

“His phone buzzed with a message. Once he clicked on it, he found a three-second video of a white classmate looking into the camera and uttering an anti-Black racial slur.”

Then, helpfully advancing the narrative,

So he held on to the video, which was sent to him by a friend, and made a decision that would ricochet across Leesburg, Va., a town named for an ancestor of the Confederate general Robert E. Lee and whose school system had fought an order to desegregate for more than a decade after the Supreme Court’s landmark ruling….

“I wanted to get her where she would understand the severity of that word,” Mr. Galligan, 18, whose mother is Black and father is white, said of the classmate who uttered the slur, (name withheld here, but not in the Times). He tucked the video away, deciding to post it publicly when the time was right.

Ms. (name withheld) had originally sent the video, in which she looked into the camera and said, “I can drive,” followed by the slur, to a friend on Snapchat in 2016, when she was a freshman and had just gotten her learner’s permit.

Then Ms. (name withheld) was admitted to the University of Tennessee.

Mr. Galligan, who had waited until Ms. (name withheld) had chosen a college, had publicly posted the video that afternoon. Within hours, it had been shared to Snapchat, TikTok and Twitter, where furious calls mounted for the University of Tennessee to revoke its admission offer.

The consequences were swift. Over the next two days, Ms. (name withheld) was removed from the university’s cheer team. She then withdrew from the school under pressure from admissions officials, who told her they had received hundreds of emails and phone calls from outraged alumni, students and the public.

And did you know that the miscreant lives with her family “in a predominantly white and affluent gated community built around a golf course”?  You do after reading the Times. You do not know where Mr. Galligan and family lived before he left for school in California.

Mr. Levin paused here for the mixed race Mr. Galligan to offer a touching story of lecturing his father about his father’s white privilege.

Then this, at the end of the 2300 word story, not at the beginning:

One of Ms. (name withheld)’s friends, who is Black, said (she) had personally apologized for the video long before it went viral. Once it did in June, the friend defended Ms. (name withheld) online, prompting criticism from strangers and fellow students. “We’re supposed to educate people,” she wrote in a Snapchat post, “not ruin their lives all because you want to feel a sense of empowerment.”

For his role, Mr. Galligan said he had no regrets. “If I never posted that video, nothing would have ever happened,” he said. And because the internet never forgets, the clip will always be available to watch.
“I’m going to remind myself, you started something,” he said with satisfaction. “You taught someone a lesson.”

I’m going to hold off on subscribing to the Times’ “Race/Related newsletter” while figuring out the implications of the calculated treachery of Mr. Galligan, Mr. Levin and the Times.

It get’s stranger. Mr. “taught someone a lesson” Galligan is attending Vanguard University in California. From its website, Vanguard is a private, Christian, comprehensive university of liberal arts and professional studies equipping students for a Spirit-empowered life of Christ-centered leadership and service.

Not possible to make that up. Perhaps Vanguard University gets the New York Times.

What, exactly was the Times trying to accomplish with a re-hash of a 6-month old story? On the front page on a Sunday?

Is the anti-racism beat that dried up? The Leesburg angle too good an opportunity to re-fight the Civil War? Or was the article with the picture of the blond teenage cheerleader too hot to pass up?

From 2008 to 2015, Mr. Levin was based in Beijing, where he reported on human rights, politics and culture in China and Asia. Any comment here would be too easy.

I think I’ll drop him a note.

This entry was posted in Culture wars, Race and race relations. Bookmark the permalink.

18 responses to “The Thought Police Have Her on Video”