The Systemic Racism of Government Incompetence 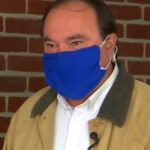 Just as the COVID-19 virus was creeping into Virginia last March, the state shut down the Sussex County Health Department — and didn’t bother to inform local government officials for two weeks. To this day, reports WRIC, the health department remains closed, and a sign on its door reads, “All public health services for this area have been redirected to another location.”

“They just quite frankly disappeared, Sussex Supervisor Eric Fly told WRIC. “They shut the doors and went away. We had no notification. There wasn’t an email, a phone call, a text.”

Fly said that county officials were told residents could continue to get services and make appointments in Hopewell — 40 miles away. “We have an aging population, a lot of people don’t drive. We don’t have buses, we don’t have taxis.”

Percentage of Sussex County population that is African-American: 57%.

It is highly fashionable these days to blame “systemic racism” for gaps in the public health care system that have made African-Americans less likely to get tested for the virus and less likely to be vaccinated. But sometimes you don’t need a vague, amorphous, impossible-to-define concept like systemic racism to explain such gaps. Sometimes the answer is as simple as government incompetence.

Sussex County is part of the Crater Health District. Here is the statement that spokesperson Tara Rose gave for its withdrawal of staff from Sussex County:

Many local governments, including Sussex County, closed during the onset of COVID-19. As a result, many health department services in the Crater Health District were streamlined and redirected to focus on the district’s COVID-19 response. The health department continued to offer services to the community even though the Sussex County building was closed. All services were and still are available for residents. Women Infants and Children (WIC) nutritional program, vital records, environmental health all have virtual options and tele appointments. We have redirected efforts on community outreach, education, mitigation, and containment strategies for the COVID 19. Many roles have been adjusted in response to COVID-19 mitigation strategies to provide testing and vaccine distribution to Crater Health District residents. This work is being conducted with personnel that normally works out of the facility located in Sussex, as well as other staff being reassigned across the district to assist with this operation.

Fly has a different take. COVID testing wasn’t even offered in the county until late May. With the exception of a recent vaccine event mostly organized by local volunteers, Sussex seniors have been largely ignored. He pressed Crater Health about the lack of vaccination events and was told the regional health department lacked the locations or staff to do it. Sussex supervisors secured retired doctors and nurses and a location for the event.

According to Virginia Department of Health COVID-19 dashboard data, the localities in the Crater district in and around Petersburg have among the highest rates of confirmed cases, hospitalizations and fatalities per capita in the state. Likewise, the Sussex County case rate of 9,147 per 100,000 population is one of the highest in the state.

Bacon’s bottom line: Maybe the Northam administration should spend less time jabbering about systemic racism in webinars and indoctrination sessions and actually focus on executing the duties of government. As it turns out, the most structurally racist thing of all may be incompetent government.

This entry was posted in Efficiency in government, Public safety & health and tagged COVID-19, James A. Bacon. Bookmark the permalink.