The School Soon to be Formerly Known as Curry 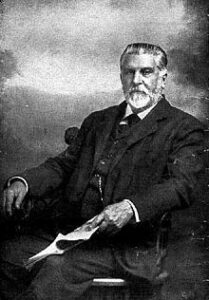 by James C. Sherlock
University of Virginia
College of Arts and Sciences 1966

Robert Pianta is Dean of the Curry School of Education and Human Development at the University of Virginia.  He has a great CV.

Dean Pianta on March 20, 2020 sent a lengthy letter to the University of Virginia Committee on Names (UVACON) – (no comment).

That letter provided an executive summary of a monumental effort by lists of “stakeholders” on the Ad Hoc Committee on Naming (also no comment), he convened to study the characters of Jabez Lamar Monroe Curry, after whom the school is named, and William Henry Ruffner, the namesake of the Curry School’s Ruffner Hall.

To satisfy the curiosity of readers on the edge of their seats, the Dean’s letter preliminarily cancelled Mr. Curry and Mr. Ruffner.

“For the past two years, the faculty, students, alumni, Foundation Board, and other stakeholders of the school engaged in education and reflection related to Curry and Ruffner.”

That is possibly why Dean Pianta’s school in addition to being the School of Education and Human Development (Olympic-class pomposity in a naming convention even considering the source) is not also the School of Management.

A compassionate man, Dean Pianta did not include “Appendices referenced in this document (that) include: (A) Process Details and Further Basis for Recommendations; (B) Materials Resulting from Diligence Process; and (C) Stakeholder Reflections. He wrote that in Appendix A, he provided “greater detail related to the basis for my recommendations, which I outline below in this (11-page) summary.”  Thank you sir for a small kindness.

While at Harvard Law, J. L. M. Curry was inspired by the lectures of Horace Mann and became an advocate of free universal education.

Several paragraphs in Dean Pianta’s summary were devoted to Curry’s accomplishments including:

“He inspired legislatures to establish normal schools in twelve Southern states; create more and better rural schools, as well as elementary schools in a number of major cities. He made over 50 addresses to Southern legislatures promoting public education for both white and black children. In one year alone, he traveled over 17,000 miles in the South promoting public education. As Thomas D. Clark and Albert D. Kirwan, two 20th century historians stated ‘Scarcely a major educational advance was to be made in the South between 1881 and 1902 that was not influenced in some way by J.L.M. Curry; in fact his name became synonymous with public education.’”

Mr. Ruffner, in addition to being “the designer and first superintendent of Virginia’s public school system and later served as principal of the State Female Normal School (later Longwood University). Born in Lexington and a graduate of Washington College (later Washington and Lee University), he spent the years before the American Civil War (1861–1865) as a Presbyterian minister and farmer in Rockingham County.” (Wiki)

Mr. Ruffner’s father was in 1847 forced to resign from President of Washington (and later Lee) University for advocating emancipation of the slaves.

All good to know, and I very belatedly thank those two gentlemen for their good works.

Mr. Ruffner was a slaveholder who “hoped that gradual emancipation and colonization could bring about an end to slavery and diffuse the country’s tension over the issue”.

So Mr. Curry was an officer in the Confederate army and Mr. Ruffner was a slaveholder.  Done.

Dr. Pianta could have saved two years, thousands of hours of work and trees and who knows how much money by checking on Wikipedia and leading with that information two years prior in a very short letter to the UVACON.

I don’t care if the two names are removed. I really don’t. Slavery was an abomination.

But was it impossible to do it without expending what appear to be millions of dollars of employee time and years of “education and reflection” and, just perhaps, without making our University look ridiculous?

Actually, as an alumnus of the University and a (very) minor donor, I would like to know how much money was spent. More expense is clearly to come when the actual UVACON pursues truth and difficult decisions plowing through the massive input from Dean Pianta’s Ad Hoc UVACON.

Thanks for the memories, though, Dean.  And thanks for holding on to the Appendices.