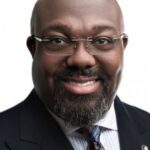 By now, Virginia voters have heard from many candidates running for Attorney General making sweeping promises about policy changes they will implement as AG or talking about being the chief prosecutor for Virginia. With due respect to the other candidates in the race, I feel compelled to reiterate what is and what is not the role of the Virginia Attorney General.

The Office of the Attorney General is established in the Virginia Constitution with a clearly defined role. That is to defend the state in criminal appeals and suits against the state, provide legal advice and representations in court for the state and the Governor, provide legal counsel and official opinions to the General Assembly, and defend the constitutionality of state laws. This Attorney General is intended to be the Chief Advocate for the state of Virginia.

This is not a policy-making role. I have heard my fellow candidates talk about everything from their vision for health care to policing reform – all of which are functions of the legislature, not the Office of the Attorney General. One candidate also seems to be under the impression the Attorney General is a prosecutorial role, when in reality it is not.

I am a career attorney with decades of experience. I clerked for conservative Justice Samuel Alito on the United States Supreme Court dealing with some of the most critical issues coming before the court in decades including the landmark D.C. v. Heller. I worked in the U.S. Court of Federal Claims, the U.S. Court of Appeals, Virginia state courts, and in D.C.

I’m also in the fight for reopening schools in my role as a practicing Attorney. I’m currently representing Virginia families who are suing to re-open schools to in person education in Northern Virginia. Previously, I successfully represented churchgoers in court who were prevented from going to church during COVID-19.

Don’t fall for candidates telling you they are going to change public policy. The Attorney General, as defined by the Virginia Constitution, should be seen as a  Chief Advocate for the state of Virginia. I have the legal know-how, decades of experience, and qualifications to be the Chief Advocate for all Virginians.

This entry was posted in Elections, Governance and tagged Guest contributors. Bookmark the permalink.