The Middle Class’s Death by a Thousand Cuts 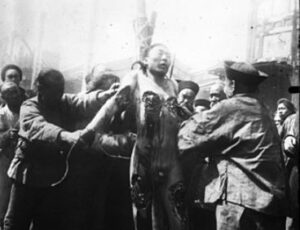 Two items in the news today serve as a reminder of how the rules enacted by the American governing class benefit the rich, aid the poor, and tighten the screw on the middle class.

The new tax dodge. First, The Wall Street Journal describes the increasingly widespread tactic in which the super-wealthy borrow money at extremely low interest rates created by Federal Reserve Board monetary policy in order to avoid triggering the taxable event of cashing in capital gains. “You could buy a boat, you could go to Disney World, you could buy a company,” said one tax adviser. “The tax benefits are stunning.” The Journal describes the strategy as “Buy, Borrow, Die” — borrow money against stock holdings to pay for everything, and never pay income or capital-gains taxes. Ever.

The impact of super-low interest rates on the middle class is very different. The suckers and schmucks who pay taxes on their paychecks and manage to build a nest egg over a lifetime find themselves collecting near-zero interest on their bank CDs, money market funds, and treasury bills. While the super-wealthy borrow at near-zero rates to avoid taxes, middle-class Americans generate near-zero incomes on their savings — and get taxed on that miniscule income in the process!

This injustice is not a feature of “capitalism,” by the way. It’s the direct outgrowth of the Federal Reserve Bank’s manipulation of interest rates to further the interests of the governing class by subsidizing the world’s greatest debtor, the federal treasury.

Inflation. Second, you know that “temporary” blip in inflation due to the economic recovery from the COVID recession? Well, it might not be so temporary after all. Economists surveyed by the Wall Street Journal expect that “core” inflation (excluding volatile items such as food and energy) will be 3.2% a year from now — higher than the Fed’s 2% target (which is still confiscatory of wealth over the long run). They expect inflation to remain above-target into 2022 and 2023.

Inflation is inherently regressive. Wages, salaries and social security payments can play catch-up through cost-of-living escalators, but only after the fact. The rich, of course, have investment options that the middle-class retirees and salary men do not, not to mention a bigger financial buffer to protect their standard of living. At least middle-class Americans can afford the classic inflation hedge of owning their own house, which the poor and the young do not. Inflation will create a whole new set of social stresses and resentments, as if we don’t have enough already.

Inflation, by the way, is not a product of “capitalism” either. It is the direct outgrowth of reckless fiscal and monetary policy.

There is nothing that Virginians can do at the level of state or local government to alter the facts of rising inflation and suppressed interest rates. But we can acknowledge that this is the new economic environment we’re operating in and try not to make things worse.

Meanwhile, the General Assembly has nickel-and-dimed Virginia’s middle class with endless increases in taxes, fees and green-energy charges. Acutely aware of the burdens of their policies on the poor, the governing class proposes palliatives for low-income Virginians such as free mass-transit fares, free community college, and subsidized electric bills. No such grace is given to the middle class.

The Chinese had a practice (banned in 1905) called “lingchi,” often translated as “death by a thousand cuts” — a form of execution by slow, lingering torture. Lingchi, like American lynchings, were a public spectacle. But the subjection of Americans to a thousand economic cuts is often so opaque that people can’t see what’s happening. Adding literal insult to injury, the governing class never ceases to tell middle-class Americans how racist, selfish, and benighted they are.

This entry was posted in Taxes and tagged James A. Bacon. Bookmark the permalink.