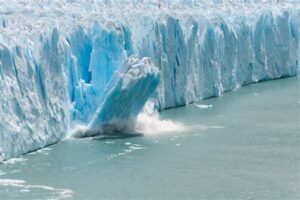 First Norfolk’s Virginian-Pilot merged with the Daily Press in Newport News. Then, the parent company, Tribune Publishing Co., closed the Pilot’s Norfolk office, telling reporters, editors and other employees they could work either at the Pilot’s press operation in Virginia Beach or the Daily Press office across the river. Then, Tribune shuttered the press operation. And now, reports Virginia Business, Tribune is closing the Newport News office.

It seems that Tribune has violated the terms of its leases by failing to pay rent and other charges since May 2019. Pointe Hope LLC, owner of the property, sued the newspaper for $110,000 in June.

The COVID-19 epidemic forced many employees in the Virginian-Pilot and Daily News news staffs to operate from home, and it now looks like the “virtual newsroom” for everyone will become permanent.

The response of newsroom employees is simultaneously understandable and clueless. Virginia Business quotes the Pilot’s public safety reporter Margaret Matray, as saying, “Journalism doesn’t happen in a vacuum, and Zoom is not a permanent replacement for collaboration. Some things can’t be done on Slack. And I can’t conduct an in-person interview with a sensitive source at a Starbucks.”

Matray complained that Tribune won’t reimburse work-related expenses such as power bills, internet access, and printers. “It costs us money to work for @tribpub,” she wrote.

Everything Matray said is true. Collaboration suffers when reporters and editors work virtually. Newsrooms were the original “open offices” long before open offices became a thing. They were large open rooms with desks crammed together — reporters didn’t even get cubicles. It was noisy and distracting, and the ubiquitous cigarette smoke (long ago when I was a reporter) was annoying. But the arrangement facilitated communication and the rapid exchange of information. Zoom and chat and other Microsoft collaboration tools cannot replicate that. The Virginian-Pilot and Daily Press, or what’s left of them, definitely will lose something by going all virtual.

At the same time — and this is where Matray appears clueless (at least as quoted) — they have no choice. Ad revenues are shrinking. And the Tribune, unlike the Washington Post, doesn’t have the financial backing of the world’s wealthiest man. Expenses must be brought in line with revenues, or unpleasant things will happen, like landlords suing to collect unpaid rent.

If commercial newspapers are to survive as the print-newspaper model melts away, two things must happen: (1) They must develop paid subscription and online advertising revenue streams, and (2) they must bring their cost structures into alignment with that (much smaller) revenue stream. If newsrooms can operate virtually, then they must. If something is lost in the process, then that’s a price they must pay.