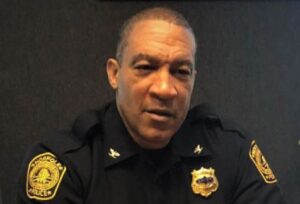 It’s good to see that our colleagues at The Virginia Mercury understand that Virginia does have a crime problem. As an article by Graham Moomaw acknowledges in the lead paragraph, Virginia’s homicide rate hit a 20-year high in 2020, and violent crimes are trending even higher in some cities this year. Indeed, the problem is so impossible to sweep under the rug that Democratic activists and politicians are debating what to do about it.

Not surprisingly, however, our friends on the left aren’t blaming the criminals, much less the enactment of sweeping new laws designed to reduce “mass incarceration.” For the most part, they are defining the issue as too many guns.

The new thinking on the left — gun-control groups, community activists, and health providers joined in a Community Violence Coalition — is to devote millions in COVID-relief dollars on community-based “violence intervention programs.”

The positive development here is that these activists are no longer pretending that the plague of violence is a figment of right-wingers’ imaginations. A coalition letter to state lawmakers cites a 52% increase in intentional violent injuries treated at VCU’s Trauma Center last year. The Mercury even quotes Norfolk Police Chief Larry Boone as observing how young so many of the shooters — and victims — are. “That’s the thing that stands out the most. How brazen they are … They simply do not value life. They will pull a trigger intending to hit a specific person. But they don’t mind collateral damage either.”

Boone thinks that guns are too easy to acquire. Perhaps they are. When Democrats took control of the General Assembly in 2019, they expanded background checks, limited handgun purchases to one per month, created red flag orders to take guns away from people deemed dangerous, boosted penalties for leaving guns accessible to children, and required gun owners to report lost or stolen firearms. Despite the slew of restrictions, gun sales spiked last year. Rather than question the efficacy of the laws, many observers attribute the surge in gun sales, in Moomaw’s words, “to the uncertainty of the pandemic and civil unrest sparked by the police killing of George Floyd.”

Apparently, it’s just an extraordinary coincidence that the resurgence in crime after 20 years of decline happened to coincide with anti-police rhetoric of the Black Lives Matter protests, the rise of the all-police-are-bastards meme, the spread of defund-the-police sentiment, and the enactment of social-justice policies designed to reduce the prison population.

But, who knows, maybe the Coalition has something useful to offer. Community activists say our cities need more street outreach programs, more mental health services, and more gun violence intervention — all of which, as it happens, would employ more activists. I’m highly dubious, but, heck, you never know.

I’m a big believer in pilot projects and small-scale experiments. Let’s test the activists’ theories and see if they work. Here’s the catch: We need to create metrics for these programs and track their effectiveness. If they don’t deliver, shut them down and try something else. Even if it means resorting to such wild, crazy ideas as hiring more police and putting bad guys back in jail.