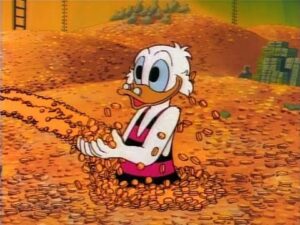 The federal COVID money keeps rolling into the Commonwealth.

According to the Secretary of Finance, as of January 13, it was estimated that the state would receive $2.4 billion from the stimulus bill passed by Congress in late December (the Coronavirus Response and Relief Supplemental Appropriations Act (CRRSA)).

Unlike the earlier COVID stimulus money (CRF from the CARES Act), the December federal legislation provided less flexibility with this pot of money, directing it to specific agencies and purposes.

K-12 education gets the biggest share. The estimates for Virginia are:

The purposes for which the remaining funding can be used are as follows:

Bear in mind that this $2.4 billion is in addition to the $1.8 billion that the state got under the CRF. However, not all that funding was made available to state agencies. To see what state agencies got to work with, I need to slice the numbers a little bit more:

There is one more interesting tidbit in the Secretary’s presentation. As one would expect, the agencies for which the largest amounts obligated are the ones with the largest unspent amounts, as shown below:

This entry was posted in Budgets, Finance (government) and tagged COVID-19, Dick Hall-Sizemore. Bookmark the permalink.