The Honor Code: A Reason to Be Proud of VMI 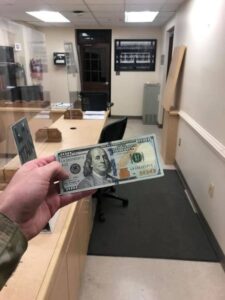 Leadership is made, not born.

I have almost completed my cadetship at The Virginia Military Institute. In 22 days, I will be graduating with a Civil Engineering degree. I’m currently on my last ever guard shift as the Night Officer of the Guard while typing this thought. Its 03:41 on a Saturday morning and my shift ends at 07:00. All my hometown best friends at other universities just got done partying or going out to the local bars. After 4 years of being in barracks we’ve gotten used to “missing out” on a normal college experience.

Yet, every now and then I still have the thought on why I came to VMI, even 22 days until I graduate. I just ponder how badly I want to get out of here. I’m thinking on why the hell I’m walking around Barracks in the middle of the night with a flashlight while everyone is sleeping? I just want my life after VMI to start so I can finally have that freedom I’m craving so badly. With all these negative thoughts about this place and wishing time away, you would think I made a wrong decision signing the matriculation book on August 19, 2017.

Shortly after feeling sorry for myself, a cadet walks into the guard room with a one-hundred-dollar bill and tells me that he found it by a stairwell. Its pitch-black outside with no one around him and he had every chance just to walk away a little bit richer. I couldn’t help but smile, I’m not sure who was listening inside my head, but this was a moment where I was able to look past all the annoying aspects of being a VMI cadet and appreciate the bigger picture of what this Institution upholds. I’m sure that cadet was raised with good intentions, but I know for a 100% fact that any other person at another school in the world would’ve ran off with that hundred-dollar bill.

This is the reason why I became a VMI cadet.

I believe that VMI has instilled in him and all other cadets the character and integrity he displayed tonight. I believe it’s bred into all of us here at VMI. We are taught from day one here on how to lead others.

Now more than ever does this country need people like that cadet, they need all VMI cadets.

This historical masterpiece of a school has been getting its name slandered by media outlets all around the state. It hurts me to think that people on the outside think VMI allows people to survive here with bad characteristics. A cadetship is no easy journey and VMI has a weird way of ridding the ones who don’t display the characteristics and integrity that we here try to instill into every single one who signs that matriculation book.

A true VMI cadet supports all race, religion, and gender. VMI is the last of its kind, in my eyes it’s the Virginia Military Institute cadets who will shed light on this crazy time we are all living in. Not every person is perfect, and we can’t live to think anyone should be, but a VMI cadet is damn near close.

Brady Biller is a VMI cadet, class of 2021. This column is republished with permission from his Facebook post of April 26, 2021.

This entry was posted in Education (K-12) and tagged Guest contributors. Bookmark the permalink.