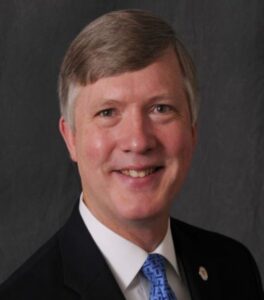 In February Goochland County Supervisor Ken Peterson and top county officials met with New York bond raters in the hope of winning a coveted AAA bond rating for their small, exurban county west of Richmond. Only a hundred or so counties in the United States have AAA ratings. None of them had Goochland’s tiny population, only 23,000. Indeed, to Peterson’s knowledge, of Virginia’s twelve AAA-rated counties, none had a population smaller than 60,000. Moreover, only a decade previously, Goochland had nearly defaulted on its water-sewer bonds. It didn’t even have a bond rating then. Winning Standard & Poor’s stamp of approval would represent an extraordinary turnaround.

The Goochland team gave its pitch. The S&P bond raters were quizzical. They’d never seen a county’s numbers like Goochland’s. Not only did it have an incredibly low base property tax rate and a steadily growing revenue stream, it had built financial reserves equivalent to 60% of its annual budget. Such reserves were unheard of, the bond raters said. Fifteen percent is recommended.

The county had a 25-year capital investment plan, Peterson explained, and it made a practice of setting aside funds for future building and maintenance needs. Astonished, the S&P team quipped that the company needed to create a separate bond rating for Goochland — AAA+.

S&P conferred the AAA rating, capping Goochland’s decade-long journey from fiscal train wreck to paragon of financial rectitude.  The “Goochland Revolution,” a 2011 rebellion of taxpayers against an incompetent and occasionally corrupt  courthouse gang, demonstrates how strict fiscal discipline can accomplish the municipal nirvana of keeping taxes low even while upgrading the quality of schools and public services.

An endemic problem in local government — not just in Virginia but everywhere — is an unwillingness to engage in long-term thinking. Elected officials find it difficult to focus on anything beyond their next election, and getting re-elected often entails spending money on high-visibility projects without regard to the long-term budgetary impact. Indeed, rather than set aside reserves for future needs, many politicians under-fund maintenance — an insidious form of deficit spending. Eventually the under-funding catches up. Short-term problems become chronic long-term problems.

“Why does deferred maintenance happen?” Peterson asks rhetorically. “It’s because politicians don’t worry about anything past their next election. We have a longer time horizon. We look out for the next generation.”

After a financial career on Wall Street, Peterson wanted to bring more fiscal discipline to Goochland’s capital spending. Elected to the Board of Supervisors in a 2011 electoral thrashing of the old guard, he had the political support to introduce profound changes to the budgetary process.

Goochland County has developed a rigorous approach to capital spending, zoning, and economic development that should serve it well in times of trouble. Here are the main policies, which any locality can adopt:

Unlike many of Virginia’s rural counties, Goochland has enjoyed a strong economic rebound since 2011. The county lies in the path of the westward expansion of the Richmond metropolitan region. While some rural counties grapple with stagnant economies and population loss, Goochland can realistically aspire to attract new development and the tax revenue that comes with it.

Peterson says the starting point is establishing the LoS citizens want. What response times for fire, rescue and police do they demand? What Standards of Learning pass rates do they expect from schools? What public amenities like parks, libraries and information systems do they desire? What transportation projects unfunded by the Virginia Department of Transportation are they willing to pay for? From there, the county calculates how much money it will need to meet its goal — and how much money it must generate from new growth in order to maintain the LoS.

The next step is creating a detailed 25-year Capital Improvement Program that includes not just new buildings and facilities but predictable maintenance costs. So, for example, the current CIP lists as its fifth priority “life cycle replacement of roofs, HVAC equipment, and gym floor” for the Goochland Sports Complex. The CIP anticipates needing $350,000 in FY 2022, $236,500 in FY 2034, and $278,000 in FY 2039. The county expects no federal or state money for the project, so all dollars will be local.

Goochland built a new high school twenty years ago. The county knows that the school will be due for a major capital expenditures, perhaps even replacement, within the lifetime of its 25-year capital plan. The county has other aging schools as well. Planning ahead will allow the county to build up reserves and to stagger major construction projects so large expenditures don’t come due at once. That’s not to say that the county pays cash for everything. Rather, it keeps a tight lid on the debt issued. As old debt is retired, the county can issue new debt for new projects.

At present (fiscal 2022) Goochland’s debt service is well below the 10% debt-to-expense ratio it has set for itself, as seen below. In Fiscal 2021, debt was a remarkably low 3% or so of annual expenditures.

The county has the latitude to borrow more safely — it has set a target of debt payments at 10% of total general fund expenditures. Goochland is in the enviable position of having considerable untapped borrowing capacity, which the Capital Improvement Program envisions taking full advantage of over the next few years.

With sound finances and a low general property tax rate of $0.53 per hundred dollars of assessed value (plus an ad valorem tax on properties within the special water-sewer district), Goochland has become highly competitive within the Richmond metro area as a residential and business location. As growth ramps up, the challenge is to ensure that new development pays for itself. In the third installment of the “Goochland Revolution” series, I’ll explain how the county does that and finds itself in what Peterson says is a “virtuous cycle.”

This entry was posted in Budgets, Finance (government) and tagged James A. Bacon. Bookmark the permalink.