The Games Have Begun

Senate Democrats are up in arms over Governor Youngkin’s nomination of Andrew Wheeler as Secretary of Natural Resources. Today, The Washington Post reports that Republicans have upped the stakes.

It seems that a member of the State Corporation Commission is up for election. Angela Navarro was elected by the Democratically controlled 2021 General Assembly to fill a seat that had been vacated. Her term expires this coming Monday unless the General Assembly elects her to a full term. 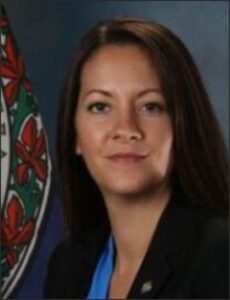 The House Republicans are threatening to hold up, or scuttle, the re-election of Navarro unless the Democrats back off on their opposition to Wheeler.  If the SCC seat is left vacant when the General Assembly adjourns, the governor can appoint someone to serve until the 2023 session of the General Assembly. The Senate majority leader, Richard Saslaw, D-Springfield, declared, “We’re not going to operate that way.” However, another member of the Democratic caucus, Senator Scott Surovell, D-Mount Vernon, had a more nuanced view. He pointed out that a member of the SCC is much more important than a cabinet post.

One wild card in these negotiations is held by one of the mavericks in the Senate Democratic caucus, Joe Morrissey, D-Richmond.  After a committee appearance by Wheeler last week, Morrissey declared that he was open to supporting him.  Thus, if Morrissey lets his caucus know that he is going to vote to confirm Wheeler, Senate Democrats could easily take the trade that the Republicans are offering: Navarro for Wheeler, because they would know they are going to lose on Wheeler anyway.

I have heard that the Senate Privileges and Election Committee will take up Governor Youngkin’s appointments next Wednesday.

This entry was posted in General Assembly, Politics, Uncategorized and tagged Dick Hall-Sizemore. Bookmark the permalink.