The Emerging “Lost Generation” of Students 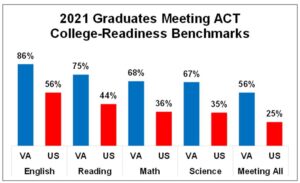 Virginia schools, like schools across the country, experienced an educational meltdown during the COVID-19 epidemic. The relatively comforting news is that, according to Virginia Department of Education, Virginia’s graduating seniors significantly out-performed their peers nationally. Fifty-six percent of Virginia test takers met all four of the college-readiness benchmarks — English, Reading, Math and Science — compared to 25% nationally.

Here’s what Superintendent of Public Instruction James Lane had to say about the results: “Given the impact of the pandemic on participation, the latest ACT results represent a snapshot of achievement during a challenging year. But even so, the ACT – like the more widely taken SAT – shows that Virginia students continue to demonstrate a much higher level of college readiness than their peers nationwide.”

Arguably, the ACT scores show no such thing, a point I’ll get around to making in a moment. But let’s pause and consider the implication of that fact that only 56% of test takers showed across-the-board college readiness. That’s out of the mere 9% of Virginia high school seniors who took the test — presumably those who are most serious about attending college. What does it say about the quality of education when only 56% of those students are fully college ready?

The COVID-19 pandemic has been an unprecedented challenge for high school students and educators in a number of ways. The latest data are a useful reminder of troubling trends that began long before the pandemic. This is the fourth consecutive year of declining achievement of high school seniors, and too many of our seniors are simply not prepared for college-level work. As a country, we ignore these related trends at our own peril.

Then she said this, and the bold face occurs in the press release:

We are seeing a number of year-over-year trends that suggest the emergence of a ‘lost generation’ that is less likely to succeed academically and in the workplace. These trends have all been worsened by the COVID-19 pandemic, but it is not the single cause nor excuse for them.

Now, back to Lane’s point about Virginia students showing greater college readiness than their peers nationally… This map shows how Virginia compares nationally in the percentage of students taking the ACT exams. 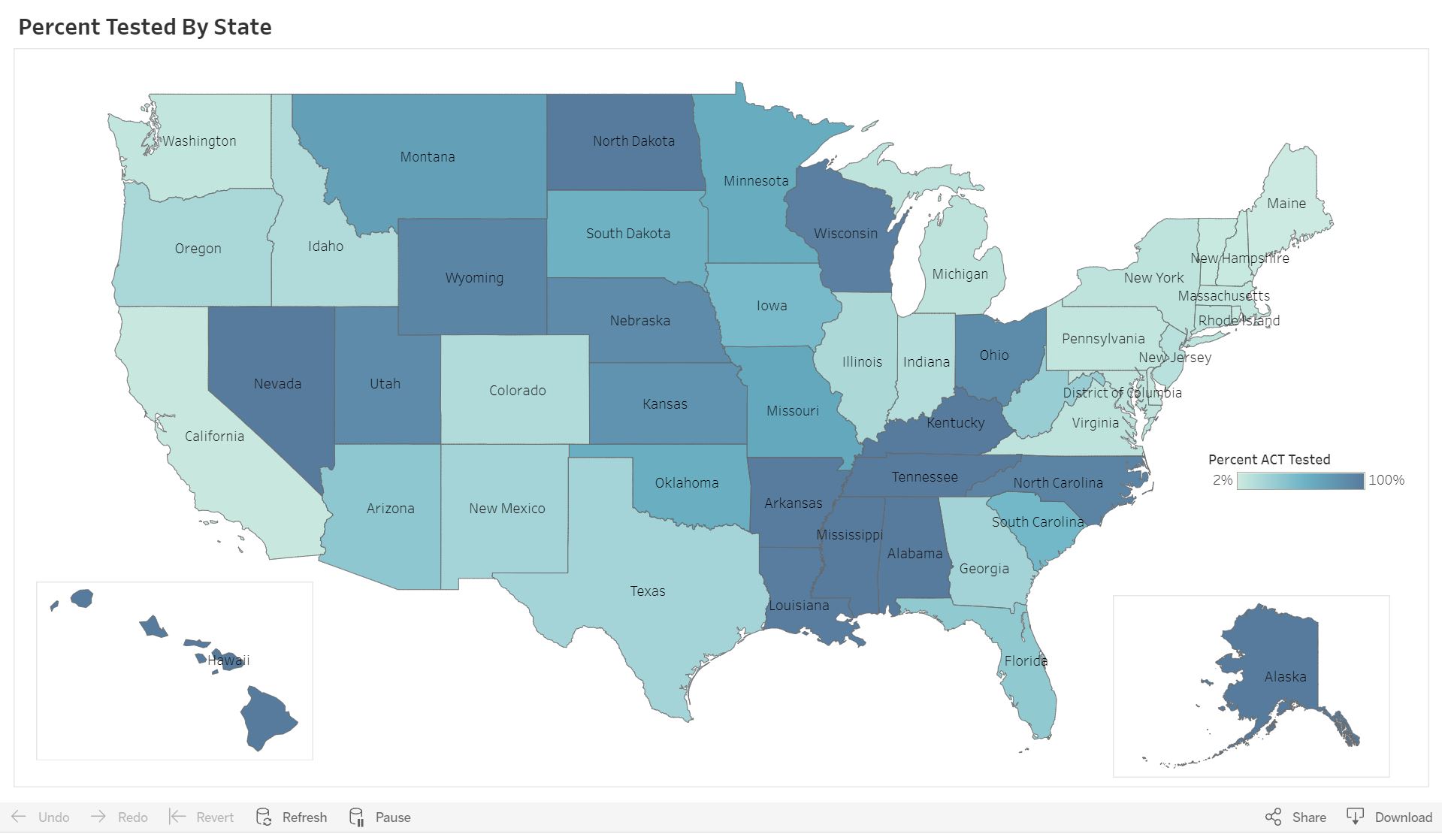 As can be seen, Virginia is among the states with a low percentage of ACT test takers. In some states 100% of students take the exams. (Click here to access the interactive map.) Once upon a time, way back in 2016, 31% of graduating Virginia seniors participated. The number has declined to 9%. As a rule, a lower percentage of test takers predicts higher scores. Therefore, any state-to-state comparisons are meaningless.

As the philosophy of wokeness spreads through school systems across the country, standards are being systematically lowered in the name of racial “equity.”  That process is farther along in some states than others in this race to the bottom. It’s far advanced in Virginia, which once had one of the best public education systems in the country. Ironically, lowering standards has done nothing to lessen the educational achievement gap between Asians and Whites on the one hand and Blacks and Hispanics on the other.

One can predict that ACT scores will continue to deteriorate. Today’s seniors have been subjected to the “woke” regime for only a few years. Just wait until today’s Kindergartners become seniors. Of course, by then, the Woke will have dispensed with all standardized college testing on the grounds that it buttresses “systemic racism,” so we may not be able to measure the damage.