The Brewing Revolution in College Admissions 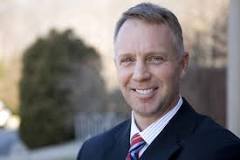 The traditional criteria for admitting applicants into colleges and universities is under assault. Critics from the left side of the political spectrum have been attacking SAT and ACT scores, originally devised as yardsticks to measure intellectual aptitude, as biased in favor of applicants from upper socio-economic groups. The University of California has committed to phase them out in their application process. Meanwhile, the COVID-19 epidemic has disrupted the administration of Advanced Placement exams, another marker of academic achievement, and the cancellation of classes and widespread shift of high schools to pass/fail grades threatens to render class rankings meaningless.

In the current turmoil, college admissions officers are gravitating toward criteria that will make it easier to do what many really want to do, which is admit more students from under-represented minority groups, specifically African-Americans and Hispanics. Opening avenues of upward social mobility for all segments of American society is a laudatory aim, but the rush to abandon SATs and other measures of aptitude could well backfire.

Among the institutions re-evaluating admissions criteria is the University of Virginia. The challenge, says a Wall Street Journal essay on the revolution in college admissions, is how to make the admissions more “holistic.”

“That’s the million-dollar question,” the essay quotes Greg Roberts, UVa dean of admission, as saying.  “We’ll need to be creative, particularly with 4,000+ prospective applicants for every admission officer per year at UVa. When I started in this profession 30 years ago, we had the opportunity to get to know  many of the applicants personally. I’d like to somehow get back to that type of personal engagement.”

Accomplishing that goal would require bringing more people into the admissions process. “It’s going to take an entire university community effort, with faculty, students and alumni connecting with potential applicants at different times, consistently and frequently an in a variety of ways. I can envision a model at UVA where local alumni clubs around the world play larger roles in the recruitment of students in their communities.”

It is praise-worthy to reach out to under-represented communities with the goal of expanding educational opportunities for those who can benefit from a UVa education. And if that’s all Roberts means, then I take no issue. Indeed, casting a wide net, especially here in Virginia, is something that the state’s flagship university should do.

What concerns me is that the substitution of subjective criteria (impressions made in interviews, for example) for objective criteria (SAT and ACT scores, AP scores) could have pernicious side-effects. A more subjective approach to admissions invariably entails the application of personal biases in admitting students. Once upon a time, in the pre-SAT era, the bias favored white, Christian candidates over blacks and Jews. A half century later, the bias skews against Asians, who are deemed by many to be deficient in “personality,” and for the minorities favored by the progressives inhabiting the higher-ed world, blacks and Hispanics. The data suggest that UVa, among other public Virginia institutions, discriminate against Asian applicants. Asians must have higher test scores than whites, blacks or Hispanics to gain admission.

Here’s the trick: SAT scores are highly predictive of a candidate’s academic success. While intellectual aptitude is no guarantee of success, there is a strong correlation between test scores and college performance. The question then becomes what happens when students are admitted to institutions for which they are not academically prepared? Some can overcome their disadvantages through sheer determination. Others fail. What happens when they can’t keep up? Not only do they suffer blows to their self-confidence, they often drop out saddled with thousands of dollars of student debt.

Black students (and to a lesser extent Hispanic students) borrow more to attend college, are more likely to drop out, and are more likely to fall behind in their student debt payments than other groups. The adverse effect is magnified when late payments and defaults knock down credit scores, making it more expensive to borrow money. Unlike other forms of debt, student loan defaults remain on credit histories forever.

In fairness to UVa, it must be said that minority students have a very high graduation rate, so the dropout/bad debt scenario is a relative rarity among its students. As an elite institution, UVa would have more latitude to indulge the social-justice instincts of its administrators without doing harm to the students it admits based on non-traditional criteria. And it’s not even clear from Roberts’ remarks in the WSJ essay that UVa will abandon the use of SAT and ACT scores.

At present, this is what appears on the UVa admissions FAQ page:

A cumulative GPA only reveals so much; it says little about the difficulty of a student’s course load, or whether a student’s grades have improved over time, or the level of grade inflation (or deflation) in a student’s school.  … Most people who work in admission at highly selective universities believe that standardized testing is a useful but imprecise instrument.

All true. All measurements are to some degree imperfect. No single criteria should be relied upon. But I’m not sure the alternatives are any better. Making the selection process more subjective will allow admissions officers to indulge in the intellectual/ideological fashion of the moment. I will endeavor to track  UVa’s admission policies as they evolve.

This entry was posted in Education (higher ed), Race and race relations and tagged James A. Bacon, University of Virginia. Bookmark the permalink.