The Blunderbuss: Your Daily Blast of Reality 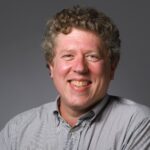 I’m pleased to announce the launch today of The Blunderbuss, a new Bacon’s Rebellion newsletter edited by Bob Rayner and Robin Beres, my old compatriots from the Richmond Times-Dispatch editorial page. 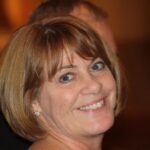 Each day around noon, The Blunderbuss will deliver not only the past 24 hours’ headlines from Bacon’s Rebellion, but it will highlight other articles, essays and blog posts from around Virginia that aren’t getting the attention from the Mainstream media they deserve. Plus links to the best public-policy reading on the Web, from Virginia or otherwise, but always sticking to the big Bacon’s Rebellion themes. Plus links to the most interesting articles and press releases from the Bacon’s Rebellion RSS news feed. Plus — and this is the best part — Bob and Robin’s inimitable spin on all of the above.

You can subscribe to The Blunderbuss by clicking here.

We plan to publish the newsletter three times weekly while we get accustomed to our newsletter software and refine the format, but our intention is to shoot it out daily.

Readers have already met Robin, who has contributed a couple of commentaries to Bacon’s Rebellion. She was part of the three-person editorial page team during my brief tenure there. Bob was the editorial page editor. He’s the poor bloke who hired me then had to face the wrath of the Twitter Outrage Mob after I wrote that politically incorrect editorial about schools, taxpayers and autistic children. After a sojourn tending to personal business, he’s back in business.

Read more about Bob and Robin in the Bacon’s Rebellion blogger profiles.

Bob and Robin, like I, belong to what I call the reality-based wing of the conservative/libertarian movement. We don’t believe the 2020 elections were stolen (although we’re open to seeing rational arguments and facts from those who say they were), and we don’t truck in QAnon conspiracy theories. We don’t have to make stuff up. The world has gone crazy — and the evidence is right there in front of our faces!

Bob sums up his approach in the inaugural newsletter, “Our content is rooted in the sound reporting and crisp commentary. … The Blunderbuss is a quicker read, but it shares the Bacon’s Rebellion commitment to fair play, free people, individual dignity, equality under the law, diverse ideas, free enterprise, and America’s constitutional republic.”

This entry was posted in Blogs and blog administration. Bookmark the permalink.